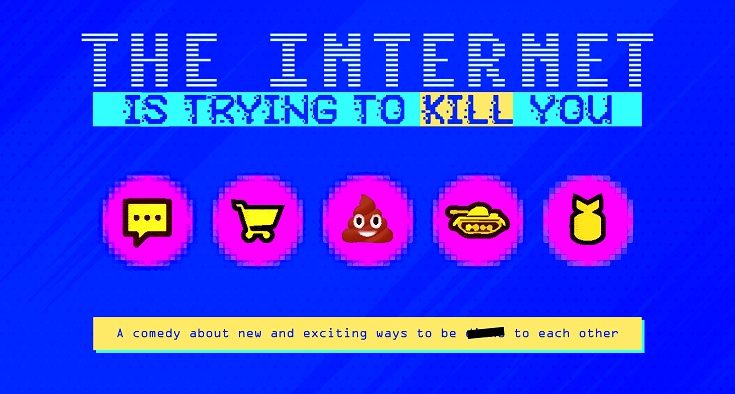 At next week’s Atlanta Fringe Festival, two local comedians, Jared van Aalten and August Pollak, will premiere a new comedy show titled “The Internet is Trying to Kill You.”

According to the show’s creators, the show is about human behavior in the social media age. It explores “the history of online romance, commerce and how social media makes us less social,” the creators said.

Both van Aalten and Pollak have been involved in the Atlanta comedy scene for more than five years, and the duo has written for and performed at various theaters including Dad’s Garage, Highwire Comedy and the Village Theatre.

In writing the show, the creators were inspired by a shared disdain for social media.

“Social media has created this mentality that everyone is meaner than they were earlier in history, when, in reality, history is full of war, cruelty and hatred,” Pollak said. “When you apply the social media mentality to any point in history, you get a similar result, just a funnier one. That’s the inspiring message of our show: People were always jerks to each other. Computers just help.”

The Atlanta Fringe Festival will take place from June 3 until June 9 at different venues throughout Atlanta, featuring a number of comedic acts and other performances. “The Internet is Trying to Kill You” will show at the 7 Stages Backstage theater, with shows on Thursday, June 6, Friday, June 7 and Sunday, June 9.

Go here for more details and other information.