The Decatur City Commission at its May 6 meeting unanimously approved a design for a shared-use path on South Columbia Drive that will connect to the new Talley Street School, Legacy Park and the East Decatur Greenway.

The path will be built with both pedestrians and cyclists in mind. As part of the plan, a left turn lane at Derrydown Way would be removed.

“Due to limited right of way, the city evaluated the viability of removing the left turn lanes at the intersection of Derrydown Way and South Columbia Drive,” a memo from Project Manager Courtney Frisch says. “A traffic warrants analysis was conducted by Gray Calhoun and Associates (GCA), the city’s traffic signal consultant, to determine the necessity of the left turn lanes. The Georgia Department of Transportation (GDOT) policy for a left turn lane requires peak hour left turn volumes of at least 125 vehicles per hour for left turn lanes. It was determined that the current turning movement volumes (a maximum of 13 turning vehicles during the PM peak) do not meet the criteria for left turns, allowing removal of the lanes as a viable option. Removing the left turn lanes enables the path design concepts to be kept completely within the existing right of way.”

“Based on all of the feedback received from the community and evaluation by staff, the recommended concept is Option B: Shared Use Path without Left Turn at Derrydown Way, which includes a 10 foot shared use path and 3 foot landscaped buffer,” Frisch’s memo says. “Where possible, the buffer may be increased up to 5 feet. The left turn lanes are eliminated and the through travel lanes will be approximately 11 feet wide.”

Cyclists will be able to use the path continuously without having to get off their bikes. City Commissioners will consider a construction contract for the path next month. Frisch said the city hopes to have the portion of the shared use path along the Talley Street Upper Elementary School property completed before the 2019-2020 school year.

Here are the design concepts the City Commission approved: 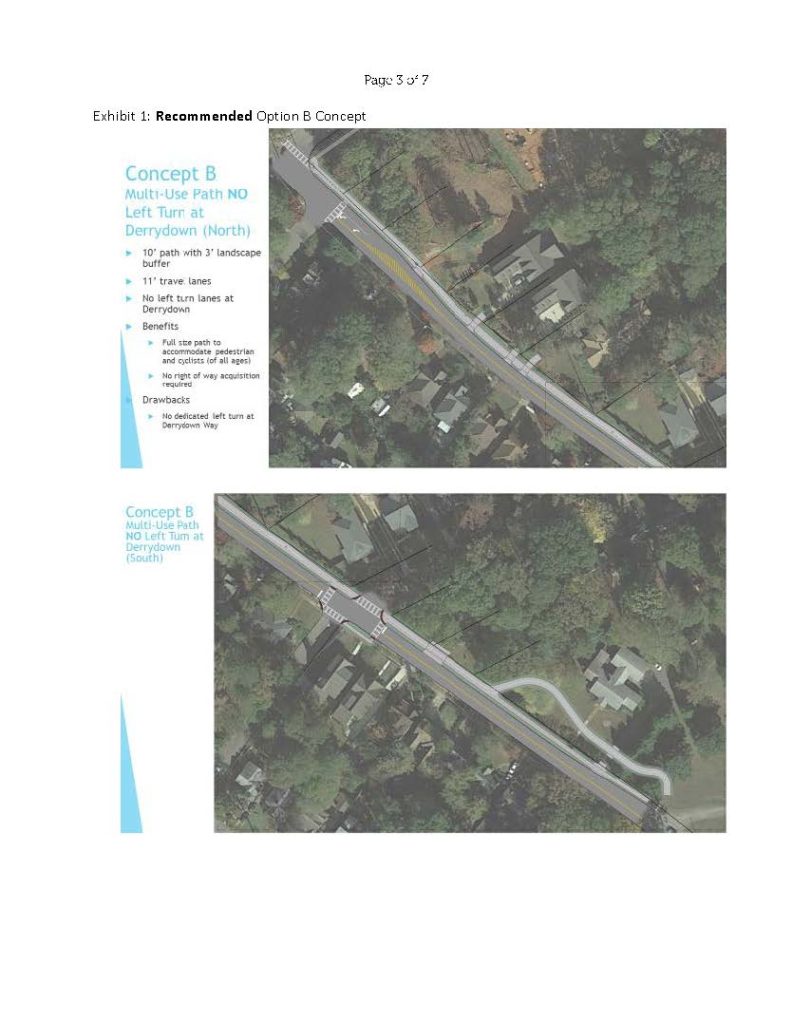 Image obtained via the city of Decatur 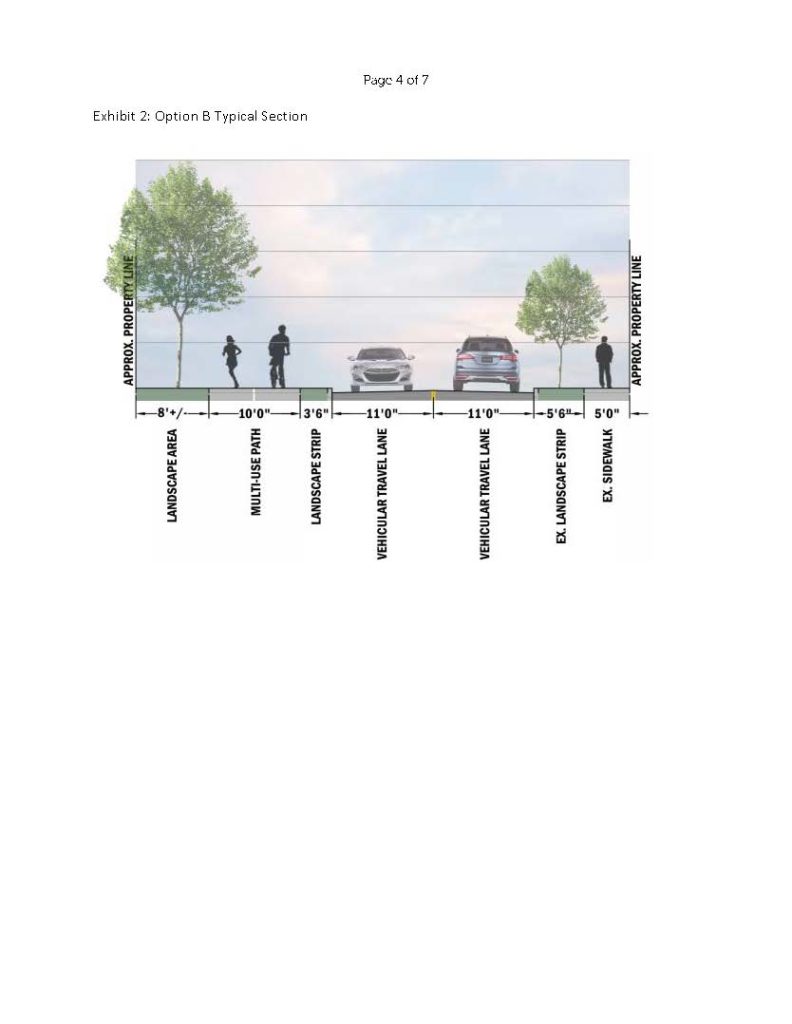 Image obtained via the city of Decatur.

To see the full presentation about the shared use path, click here.

Editor’s note: This story was reported by viewing a live video stream of the May 6 Decatur City Commission meeting.