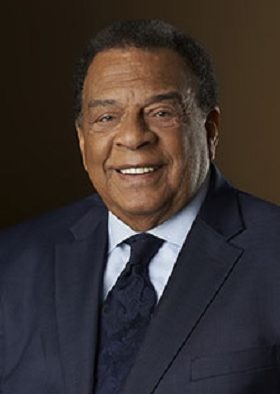 According to a press release from the university, Young will also receive the President’s Medal, which is “conferred on distinguished university guests who have enhanced the prospect of peace or enriched cultural achievement.”

Young is the recipient of the Presidential Medal of Freedom and the French Legion d’Honneur and has received honorary degrees from more than 100 colleges and universities, including an honorary doctor of divinity degree from Emory in 1991.

The ceremony will begin at 9 a.m. on Monday, May 13. Due to extremely congested traffic in the area, guests should arrive no later than 8 a.m.

The event will take place on the Emory quadrangle for about 4,700 graduating students and their families. About 15,000 people are expected to attend, according to the university.

In case of drizzle or light rain, the central ceremony may be shortened, but it will be held on the quad. In case of heavy rain or more extreme weather, the commencement address and awarding of honorary degrees will take place at 8 a.m. in the Woodruff Physical Education Center (WoodPEC), located at 26 Eagle Row.