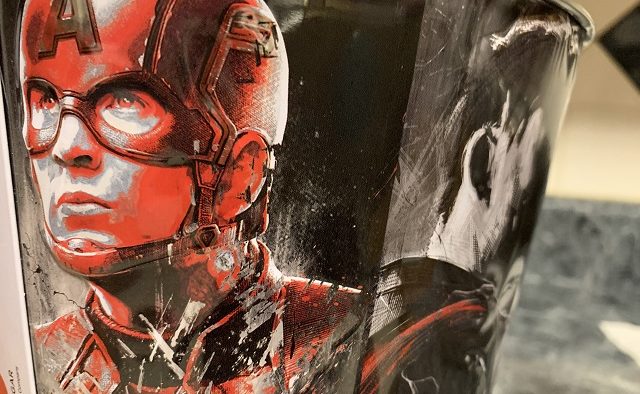 Some of you will never see “Avengers: Endgame.” I hear from people who proudly proclaim they don’t like superhero movies and haven’t seen one movie from the Marvel Cinematic Universe (MCU). Some of you stayed away from all forms of media after “Endgame” was released so the plot wouldn’t be ruined by the time you went to see it. Some of you went on opening night, and then wandered through the halls of your offices and schools in a daze the next day.

This review is for all of you.

Endgame is about so many things.

Grief. We all hurt when we lose something we love. Grief is not a thing that is measured by time.

Love. Love is patient and unkind. Love is vengeful. Love is friendship and trust.

Being faithful. How long would you wait for someone you love? Five years? Or 70 years? Could you wait that long? What would you do to bring that love back?

Feeling helpless and weak. What happens when we see the strongest and most beautiful of us reduced to quiet tears?

It’s okay to laugh. Laughter matters even when life hurts. There might be something to make us smile.

Being broken. Broken legs, broken hearts, stolen arms. None of us are whole. One day we might find another broken person who knows what it means to be damaged and made, not whole, but healed.

Accepting that there might be two people inside us. One of rage. One of logic. We are allowed to be both. We can be both at the same time.

Are you worthy? Who among us would say we are? What happens when we see a friend who is good and truly worthy?

How do you say goodbye when no goodbye is ever truly final? When we question everything that we know about our soul, mind, power, time, space, and reality?

Should you see a movie about women on winged horses and men brandishing shields? Some of you will always say no. You want reality. Real stories about real people. To me fantasy can be real. Being super is a choice we make every day. If given the choice, I like the idea of fighting for goodness, sometimes failing, and the ability to fly through the sky.

As much as I wish it was, “Avengers: Endgame” is not a movie you jump into first. It is the culmination of almost two dozen previous films that absolutely inform the plot of this movie. If I’m being generous you can probably get by watching only 6 of the previous films, but the intent of Marvel was to truly create a universe. This is a world of grudges and friendships, heroes with very real faults, and oftentimes villains with missions that almost seem valiant.

At just over three hours, “Endgame” didn’t hit the right pacing until an hour into the movie. The extra stuff was for the fans, but I thought the movie could have lost a good 30 minutes to an hour and still been a fine film. But we are given a Thanksgiving buffet for a film. The Russo Brothers who are behind the franchise, tried to stuff every casserole dish and ambrosia and turkey leg into this movie. At the end I felt over full. Satisfied in an almost uncomfortable way.

Of the 22 preceding movies, I think two are standouts for any type of cinema. These are “Captain America: Winter Soldier” and “Black Panther.” Several of the movies are quite good like “Avengers” and “Civil War.” Even the worst of the movies are pretty darn good compared to the majority of sci-fi action movies out there.

We love theater. I think of my family’s recent trip to see “Les Misérables” and how often the “Hamilton” soundtrack is heard around my house. There is no shame in getting lost in the drama and love and intrigue of another world. I think of all the versions of soap operas and telenovelas that exist in every culture from Korea to Mexico. I think of all the Shakespeare and Greek tragedies I studied in college.

I enjoyed “Avengers: Endgame” because the creators had a vision for the story and best tried to stay true to that story. That means there were some sad moments and a few happy sighs.

Of course I want you to see the movie so we can argue about what was done right, the scientific inconsistencies, and big cheering moments. (Come on, you know the moment when every person in the theater lost their minds!) It is just a silly adventure where we ask our Avengers to assemble. And they did. Grade B+