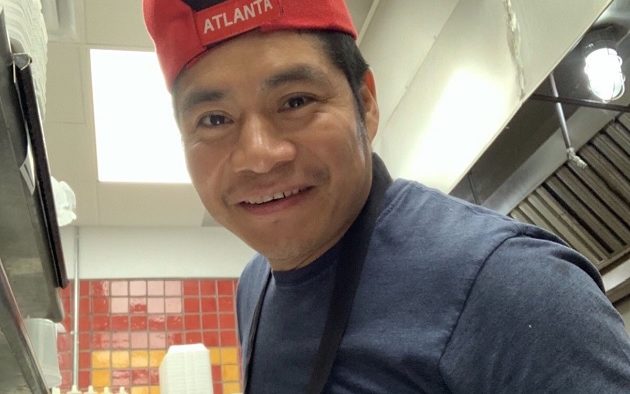 Oscar Mateo was a cook at Noodle restaurant in Decatur for nine years.

“You might not have ever seen his face, but if you’ve eaten at Noodle in the last nine years, you’ve eaten something that he’s cooked,” the restaurant said in a Facebook post. “If you ever had a fried rice bowl that tasted particularly delicious, guarantee it was Oscar who made it!”

Mateo died Sunday morning. The restaurant didn’t have any details, only saying that he was the victim of “gun violence.”

DeKalb County Police responded to a double murder on Sunday, June 9. A police spokesperson produced the police report in response to a question about Mateo’s death. The spokesperson later identified the victims as Oscar Mateo and Santos Lopez.

According to the report, officers responded to 4952 Central Drive in Stone Mountain around 6:30 a.m. on June 9.

When the officers arrived, they saw two men face down on the ground. Both men were shot in the chest. One man wasn’t moving and didn’t have a pulse. The other man appeared to be breathing, but he was pronounced dead after being transported to the hospital. One of the first responders pulled a wallet out of one of the men’s pockets and it had an “unknown” amount of money in it. A white 1998 Honda Accord was parked in a nearby carport, the engine running and the driver’s door open. Officers found “numerous” shell casings on the vehicle and blood on the ground around the driver’s side of the vehicle. Police detained two men walking through the crime scene toward one of the victims, but the police spokesperson said, “No one is in custody and the investigation is ongoing.”

Mateo left behind a wife and five children in Guatemala. His co-workers started a Go Fund Me campaign to pay for Mateo’s final expenses. Anything left will go to support his family.

“Oscar was a great guy who did not deserve to go out this way,” the restaurant said in its Facebook post. “He will be dearly missed. Please be kind and understanding if you visit us today; we’re all still a little shaken and distracted. And remember to tell your work family you love them. Too often we forget that tomorrow is not promised.”

Noodle restaurant, located on East Ponce de Leon Avenue, re-opened back in April after being shuttered for six months due to damage from a fire at the nearby Java Monkey coffee shop.