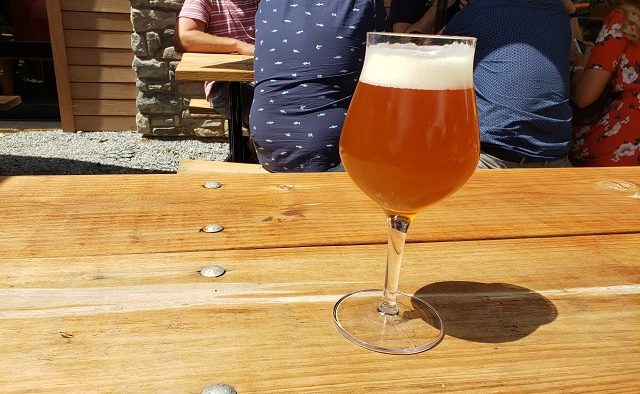 The Lost Druid Brewery was officially opened at 11:54 a.m. on June 21, the Summer Solstice. Brewer Rob Hopek said, “I chose this name before I knew that much about Druids, but it has worked out in so many ways. Our opening coincides with their celebration of the summer solstice.”

Those in attendance proceeded to celebrate the solstice in time-honored fashion, with beer.

The space is friendly and accessible but also spare. If you were thinking paneled walls and leather chairs, think again. On the other hand, there’s plenty of room, plenty of natural light, and a mix of large and small tables to accommodate groups of most sizes. (If your group is really large, there’s a meeting space upstairs). Seats at the bar include hooks for purses and outlets for those who like to drink while they work. The brewery is easy to get to by car, bicycle, or on foot, and the sunny outdoor seating in the front and shady outdoor seating in the back each include outlets, dog stations and water bowls for your furry drinking companion.

The Lost Druid is a brewery that serves food, not a full restaurant, but the menu is tasty and creative with a wide enough variety that most people should be able to find something they like. My son’s buffalo sliders were good, but the smoked wings that I ordered were exceptional. In a town that loves its wings, these wings are worth gnawing the ends. 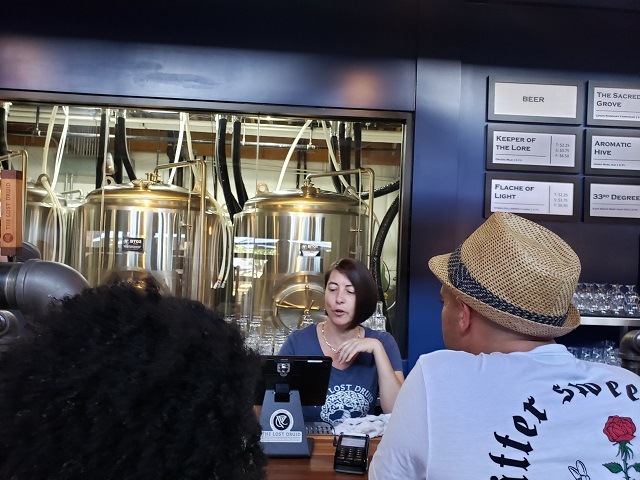 Oh, and they also have beer.  Currently five of the projected twenty-one varieties are available: Keeper of the Lore (English Mild), Flache of Light (Hybrid Kellerbier/American Lager), Aromatic Hive (Honey Basil Ale), 33rd Degree (East/West Hazy IPA), and Shattered Lands (Imperial Stout). With the caveat that my tastes are idiosyncratic and I’m not a professional beer-related anything, unless being a writer counts, here are my thoughts:

I love stouts. I prefer a beer I can’t see through. I don’t normally like hoppy beer, and I might like Shattered Lands better if it were less hoppy.  On the other hand, I love a good simile, and this beer is as dark and bitter as a writer’s soul. Would drink again, but I’m looking forward to Hopek’s next effort at stout.

Aromatic Hive is weird. Basil ale! I like it. It’s a little more sour than you might expect from a honey ale, and the basil gives it a slightly pesto-esque aroma and basily aftertaste that’s much better than that sounds. Pair with the flatbreads coming out of the pizza oven  for the full effect, but it went with my wings just fine.

When they call Keeper of the Lore an English Mild, they’re not kidding. It’s so mild and so English it practically apologizes. Should probably be drunk at room temperature for the best effect. Accompany with a vague sense of guilt for 400 years of imperialism, and buttered toast.

I don’t normally like IPAs OR super-hoppy beer, but 33rd Degree’s tangy citrus flavor keeps it from being just a mugging via hops.  I will probably not drink it again myself but if you love this kind of beer, you will be fast friends.

Flache of Light tastes like beer. You know what I mean. It’s a Golden Retriever of a beer…friendly, mellow, lovable, and comforting without being bland. Does not shed. This is the beer you order when you need to cry into it. It will lean against you and sigh and won’t talk back. Good dog. 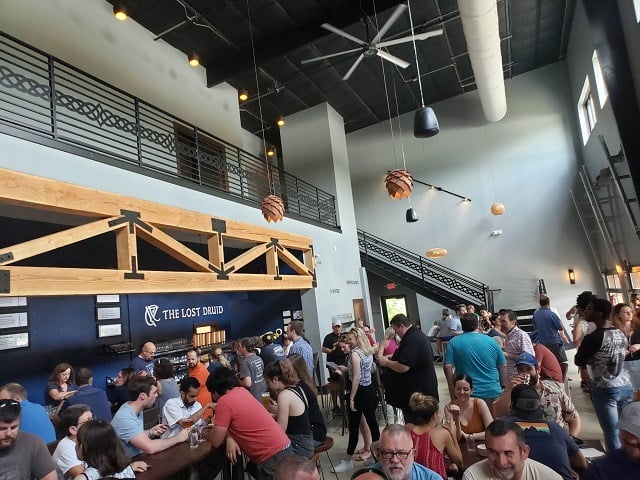 The Lost Druid brewery in Avondale Estates had a busy opening weekend. Photo by Dan Whisenhunt