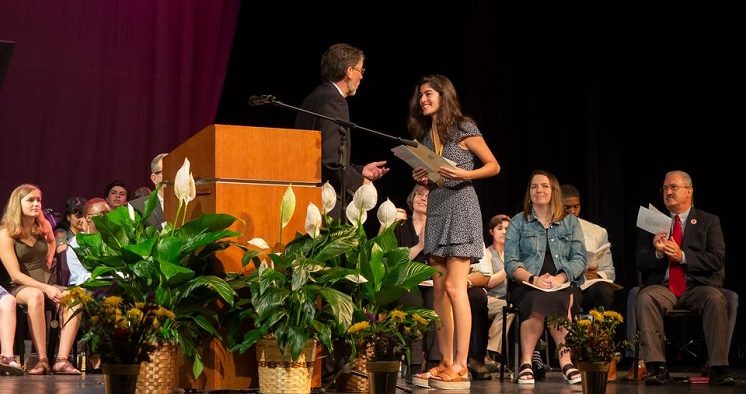 The Joseph P. Reed Alumni Scholarship is named after former Lakeside principal, and the award recipients must be a graduating senior, “who has excelled in academic and extracurricular activities and has served the Lakeside community,” according to a recent press release.

In addition, Dascher has accomplished several things throughout her four years of high school at Lakeside, such as:

– Staff writer for the Lakeside Legend

– Player on the Tennis Team

– Runner on the Cross Country Team

– On Honor Roll for all four years

– Volunteers with Books of Africa and Hands on Atlanta

“Addison Dascher personifies the true spirit of a Lakeside Viking. She excels academically, athletically and in our community,” Derrica Williams from the Lakeside High School Foundation said in a recent press release. “We are delighted to be able to present her with the Lakeside Foundation’s scholarship award for 2019.”

The Lakeside Foundation has divvied out more than $20,000 in grants this year, money that has gone to a variety of causes.