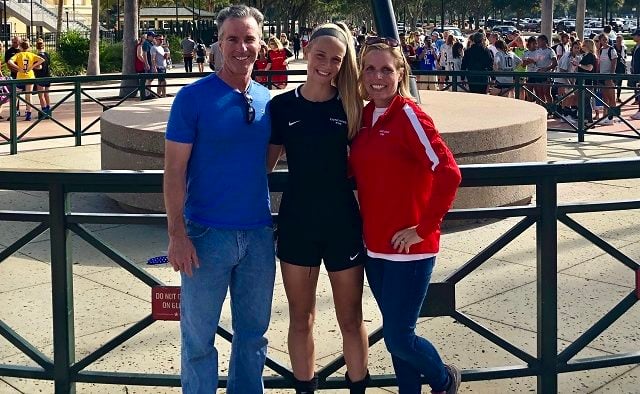 Sarah Mason, center, with her mother and father. Mason was born with club feet, but it hasn't stopped her from playing soccer. Photo provided to Decaturish.
Share

When local student Sarah Mason’s mom, Pam Mason, found out her daughter would be born with clubfeet, terrifying questions worried her: how would this affect her daughter? What would treatment be like?

“I kept hoping they were wrong,” Pam said. “I thought everyone was born with a perfect baby. I knew nothing about the condition.”

Sarah Mason, a 15-year-old going into her sophomore year at St. Pius X Catholic High School in Atlanta, was born with moderately severe clubfoot, a condition that causes the foot to be twisted inward or downward. Mason’s case was unique since both of her feet were affected.

Mason’s mother, Pam Mason, found out her daughter had clubfeet when she was 22 weeks pregnant and working in the recovery room at the Children’s Healthcare of Atlanta Egleston Hospital.

Though she was initially scared, Pam felt more comfortable after finding Robert Bruce, medical director of the Neuromuscular Program and orthopedic surgeon at CHOA.

“I talked with a couple of doctors, and I immediately knew Dr. Bruce was the person I wanted to go with,” she said. “He just was incredibly optimistic, confident, knowledgeable and full of hope.”

Once Mason was born, Bruce immediately treated her using a method called the Ponseti technique, putting her feet into casts to correct their position. Bruce was the first orthopedic physician in Georgia to use the technique, which has become normal practice in recent years. 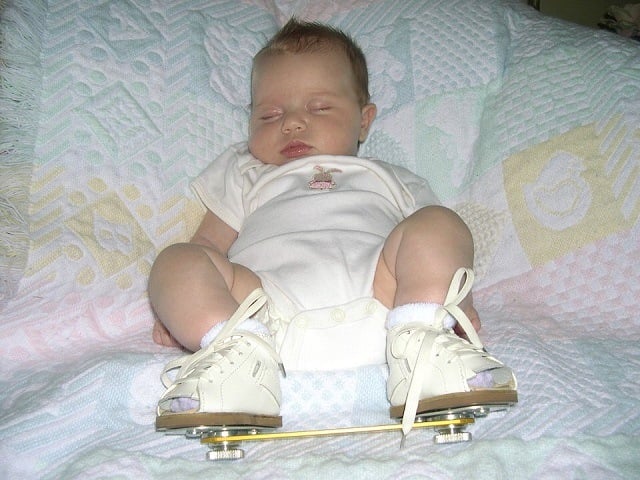 After birth, Mason was in casts for eight weeks. From there, she was put in special orthopedic shoes to help her corrected foot position, which she wore until she was 1 year old.

When Mason turned 8, though, the condition returned.

“She was toe walking and couldn’t put her heels down,” Pam said. “So we had to start a lot of the same work again. We did physical therapy, orthotic braces that she wore at night to stretch her feet back out, and none of that worked.”

Then, Mason underwent an operation to perform a tendon transfer in her left foot and was in a cast for two months before developing a stress fracture that landed her in a boot for another month.

For Mason and her mom, that period of time was one of the hardest.

“The thing about club feet for Sarah was that, after everything we did when she was a baby, we thought it was gone and that we were done with it, and then it came back,” Pam said. “So then she was 8 years old, and we were having to do all these treatments for her, but it’s just really hard to keep an 8-year-old down.”

Still, despite the many treatments, Mason doesn’t view clubfeet as something that defines her. Instead, she sees it as just an obstacle she had to overcome.

“It affected me when I was younger, but now, not so much,” Mason said. “As I’ve gotten older it’s just become part of who I am. It’s not really an issue for me anymore. I’ve always felt like it was part of my growing up.”

Despite being born with clubfeet, Mason has achieved athletic success, becoming a competitive soccer player. Mason started playing soccer when she was four and became serious in sixth grade, now playing for club teams and at her former high school, Lakeside High School.

At times, clubfeet caused issues for her athletically, and she has to take extra precautions before games and practice, such as stretching out her feet. Still, Mason doesn’t let the condition stop her from playing.

“It doesn’t really get in the way of soccer for me,” Mason said. “I’ve just never seen it as a problem, especially because I was little. Just do your physical therapy, and don’t let yourself see it as a barrier.”

Mason’s perseverance despite her condition comes as no surprise to Bruce, who has continued to work with the Mason family.

“She has done remarkably well because Sarah is Sarah,” Bruce said. “She is just absolutely so determined and won’t accept anything less than the best.”