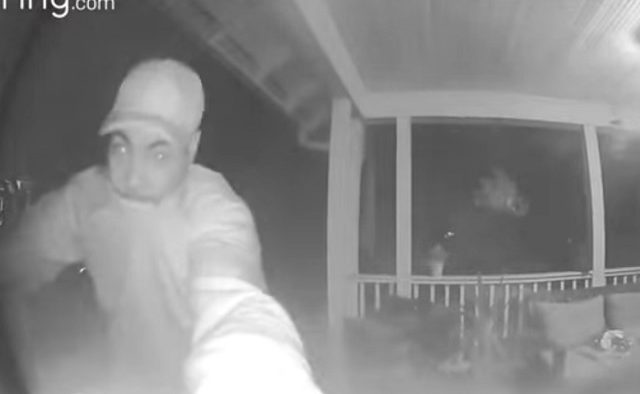 A screenshot from a video of someone stealing a Ring camera.
Share

A burglar in Oakhurst was caught on camera stealing said camera.

The incident happened early Tuesday morning on 4th Avenue. The resident, Michielle Maggard, said, “At 5:06 am someone came onto our front porch and stole our Ring camera.”

“I can’t believe it was a coincidence,” Maggard said.

Here’s video of the incident:

Update: truck was stolen last night. I can’t believe it was a coincidence. At 5:06 am someone came onto our front porch and stole our Ring camera. See video. We are on 4th avenue. Police called and report filed. Stay alert neighbors.

Decatur Police confirmed the incident and said the department received a report about the theft.

Last week, on June 10, a Ring camera captured a man brazenly lifting furniture of the porch of a residence on Clairemont Avenue.