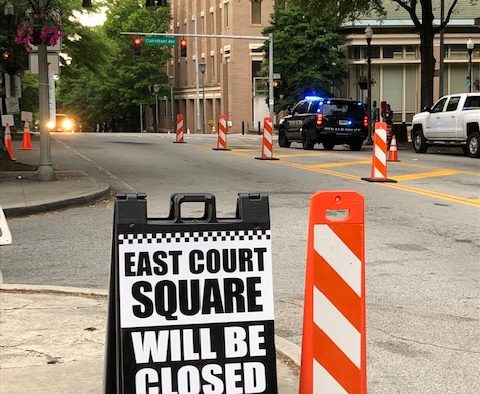 Film crews will be in downtown Decatur this week filming a production titled “Brooklyn.”

But that may be the production’s secret identity. According to Comicbook.com, “Brooklyn” is a working title for the production of HBO’s “Watchmen” miniseries.

For those of you who don’t now, “Watchmen” is Alan Moore’s genre-bending graphic novel that envisions a future where heroes have been outlawed and the most powerful superhero is an agent of the government. Its depth, length and plot structure have made the graphic novel notoriously un-filmable, though Zach Snyder gave it a shot in 2009 with mixed results.

Decatur Downtown Program Manager Shirley Baylis confirmed the “Brooklyn” project would be in Decatur this week. “Brooklyn” has also filmed in Decatur before, near the Ebster gymnasium and at Sams Crossing. The production has also been spotted at North DeKalb Mall.

Reader Bob Bohanan provided these photos from the scene. The photos show East Court Square will be closed to traffic from June 2 through June 6. The signs also show that businesses will be open. 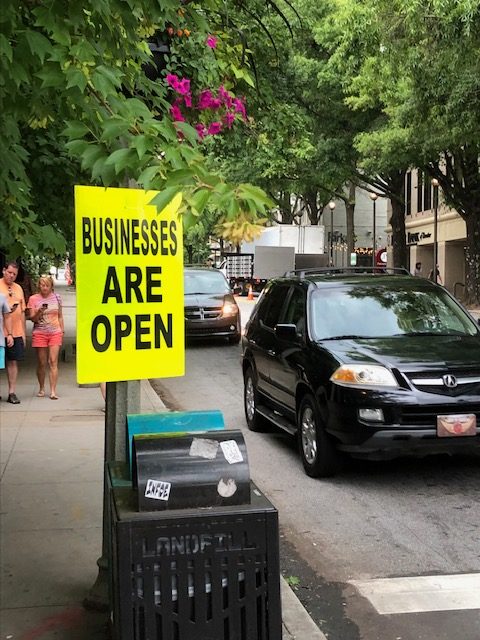 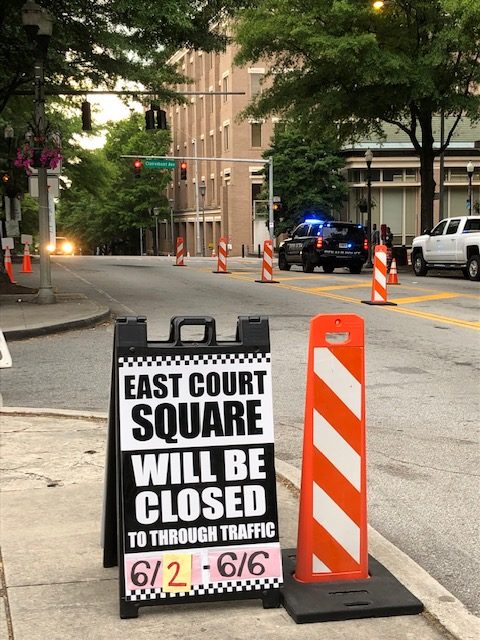 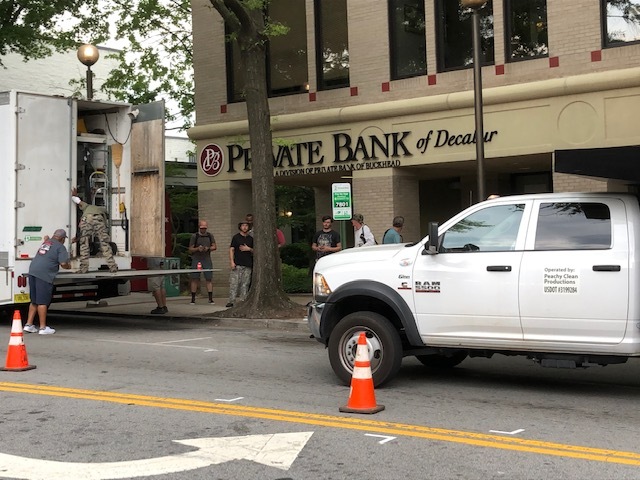 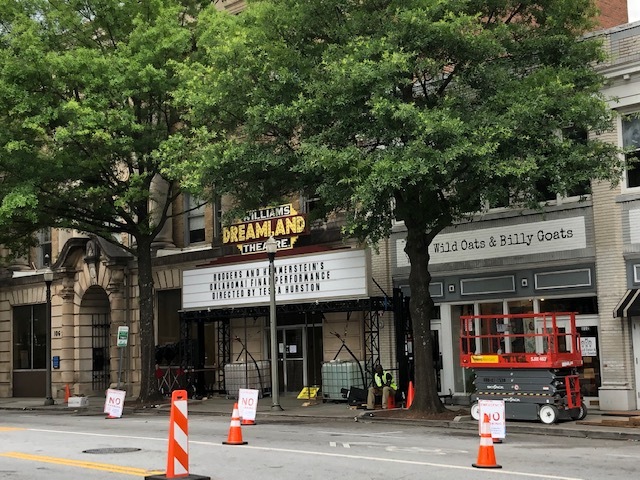