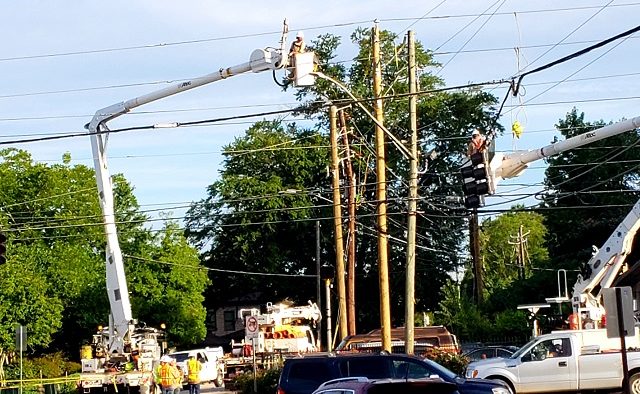 A Monday-night thunderstorm felled a tree on Frazier Road in greater Decatur and knocked out power to nearly 800 residents.

The power outage was expected to be restored by 1 p.m. Tuesday, June 25, according to Georgia Power. The outage shuttered nearby businesses and traffic lights in the area became four-way stops. Lawrenceville Highway was a bit of a free-for-all during the Tuesday morning commute, with lots of confusion and honking.

Neighborhoods affected by the outage include the Lindmoor Woods subdivision.

Decatur’s Winnona Park neighborhood lost power for several hours. College Heights Early Childhood Learning Center shut down on Tuesday due to a loss of power, but it’s unclear if the outage was storm related.