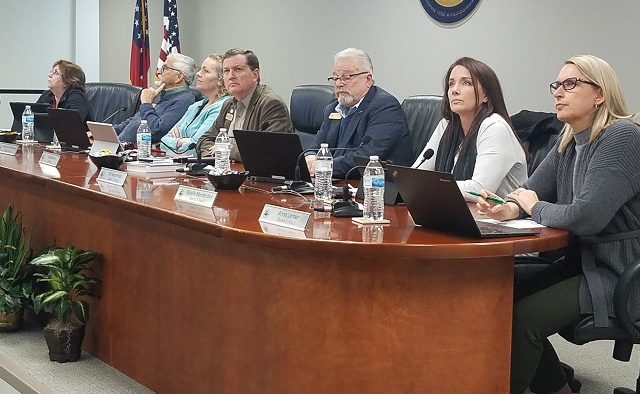 Tucker residents are set to receive a lower tax bill in 2019, thanks to the city taking over its parks maintenance and operations from DeKalb County, and levying a local city tax for the first time since becoming a municipality in 2016.

For the past three years, Tucker has had the same millage rate as unincorporated DeKalb, because the city has relied on the county maintaining and operating all civic services.

Now Tucker is taking over its parks, and planning to adopt a lesser millage rate for that service than what DeKalb County would have implemented.

It means a reduction for Tucker property owners of 0.558 mills, which equates to just over 55 cents in every $1,000 of taxable property value.

The Tucker City Council is planning to adopt its millage rate for the 2019 fiscal year at its regular meeting on June 26, which will also serve as the last of three public hearings on the matter.

The second public hearing will be held during the council’s regular meeting on June 10, which starts at 6:45 p.m.. The first hearing was held May 28.

Anyone can attend and ask questions or speak about the proposed millage rate during the public hearings, held in the Tucker city hall annex at 4228 1st Avenue.

In a report to the council, included within the June 10 meeting agenda packet, City Manager Tami Hanlin outlines the proposed reduction in Tucker property taxes for this year.

She says DeKalb County calculated its 2019 tax rate for Tucker parks as 1.458 mills, and the city is proposing to adopt a rate of 0.9 mills for that service.

So instead of paying the full DeKalb County portion of property taxes, which remains unchanged at 20.81 mills, Tucker residents will now pay a county tax of 19.352 mills.

Added to that will be the city’s new tax rate of 0.9 mills, for a combined county and city portion of 20.252 mills.

The DeKalb County School District is planning to adopt a 2019 tax rate of 23.18 mills at its meeting on June 25.

Unless changed, the combined proposed millage rates for 2019 will see Tucker residents paying $43.432 in tax for every $1,000 of their property’s taxable value.

Throughout DeKalb County, including in Tucker, most property owners are eligible for one or several possible tax exemptions, including homestead, senior, disability, and veteran exemptions.

These can shave hundreds, and even thousands, off annual property tax bills.

DeKalb County estimates its new Equalized Homestead Option Sales Tax (EHOST), which became effective in April 2018 and is for primary private residences, will result in a combined tax saving for homeowners countywide of $119 million in the 2019 fiscal year.

That is $10 million more in residential property tax relief than under the previous DeKalb County homestead option, which EHOST replaced at the will of voters in a November 2017 referendum.

DeKalb County says this year’s tax relief through EHOST for the owner of a $250,000 home will be approximately $900.

Based on the latest tax digest for DeKalb County – which sets the value of all county properties and therefore millage rates – Tucker is expecting to generate at least $1.5 million in 2019 city taxes, which it can use for general government purposes.

“This is good news and means that we are very likely to collect at least $1.5 million after accounting for non-payments and appeals,” Hanlin said in her May 9 report to the Tucker City Council.

The city’s new millage rate will go into immediate effect upon adoption by the city council, planned for June 26.

By law, Tucker must adopt a tax rate by June 30 and submit associated forms to DeKalb County by July 1.