What were Decatur High students doing this year when they weren’t in class?

What were Decatur High students doing this year when they weren’t in class? 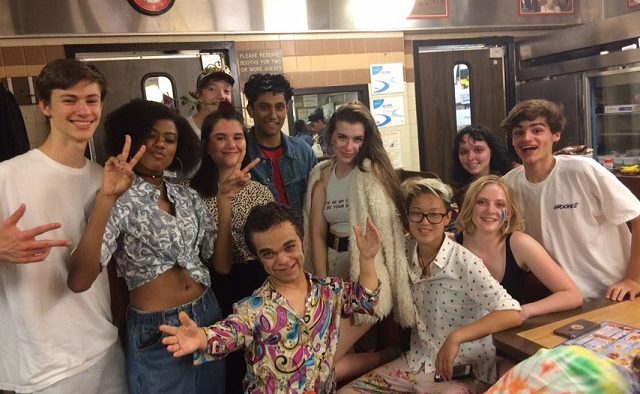 Waffle House in Decatur is a popular gathering spot for the mock trial team and other organizations at Decatur High School. Image provided to Decaturish.
Share

Editor’s Note: Some reporting in this story was previously used for 3ten.org

Decatur High Students traveled the state and country this year.

They sang, discussed ethics, showed off robots and answered QuizBowl questions while representing DHS. Here’s a look at where Decatur High students were this year when they weren’t in the classroom.

Decatur’s marching band knew that a storm on June 12, 2018 had flooded and destroyed the artificial turf at the high school. They knew that the field would be returfed and this process would take time. They did not know, however, that they would not use the field until early October.

They received word only four days before Band Camp that they could not use the field.

Consequently, the band held its camp at the Ebster field and rehearsed there during August.

When September rolled around, other groups already had the Ebster field reserved, so the band had to scramble once again for practice. With less and less daylight to work with, they practiced twice a week at Winona Park Elementary for the entirety of September. At the time, Drum Major Nicholas Goldfarb called the situation “frustrating.”

This year’s show was the band’s most difficult in recent years, according to Goldfarb, and he was excited to return home to the Decatur turf.

The DHS Mock Trial team began researching cases when they were released in October 2018 but didn’t compete until Regionals, held at the DeKalb County Courthouse on February 2.

Before the Regional competition, the team woke up early to fulfill what has become an annual tradition: eating breakfast together at the Waffle House on the Square. Team-building like this is what junior attorney Nayeli Shad most looks forward to about Mock Trial.

“I enjoy being able to play the part of a lawyer, but what is really rewarding is the family we build,” Shad said. “Even though it’s a competition, we are really supportive of each other.”

The top three teams in the Region moved on to the District competition. When both Paideia and Decatur made it to the finals at the end of the day, each had secured a spot in District. In a bizarre turn of events, the Paideia team became stuck in an elevator on their way to the trials; they were rescheduled for a later date (February 6), which Decatur won.

Senior Davis Tyler went to All State for the third time, but also made his first appearance in the All State Reading Chorus, where 13 Decatur students sang. In both choruses, Tyler appreciated the chance to sing with talented musicians from around the state.

“In school [choirs] you have leaders but in All State everyone is their own leader and the leader of others,” Tyler said. “It’s awesome to be around such passion and skill in a high school choir setting.”

In just their first year, Decatur’s Ethics Bowl team competed at the National High School Ethics Bowl (NHSEB). They won one match out of four, but won the Bob Ladenson Spirit of the Ethics Bowl Award, as voted on by other teams.

Although the all-senior team failed to move on to the quarterfinals, they had already won the West Georgia region (Feb. 2) and online playoff match (March 6) against a North Florida team to secure their spot as one of the 24 teams in the national bowl.

Students drove to the University of North Carolina-Chapel Hill for the National Bowl.

“Even though we might not have gone as far as we had wanted, there are still so many other valuable life skills to gain: learning about the prevalent issues of our time and trying to formulate what will be the best solution,” Baez said.

Senior captain Walden Hillegass was excited when he realized Walton High School would also be on their alliance.

“They had been our friends and we had been really close all season,” he said.

Walton and Decatur made their three-team alliance a Georgia-heavy one.

Although Global Dynamics’ alliance lost in the quarterfinals, Hillegass was just happy to improve on the team’s last trip to the World Championships, during his freshman year.

“It was really fun to have this full-circle thing,” Hillegass said. “Going to World freshman year drove my motivation to do better. And then ending World on a high note was really exciting. Hopefully it provides that same excitement to the next crop of students.”

Hillegass estimated that between building, travel and entrance fees, Global Dynamics spent approximately $35,000 this year, with all funds coming from corporate donations.

With eight graduated seniors on the 25-member team, Global Dynamics will have to find new leadership, but Hillegass is confident that this is possible.

“The team as a whole is just hitting its stride as being a real contender in Georgia Robotics,” Hillegass said. “Now we’re a team that has the community behind us.”

Two nights (May 24 and 25) are all that most students at DHS see of a uniquely Decatur event: Rock and Roll Revue. During these two nights, four student bands perform song sets of pre-1995 music. One teacher/staff band also performs post-2000 music.

For graduated senior Renee Gonzalez, however, Rock and Roll Revue meant more fun and work than just these two nights. Gonzalez and seven other band leaders held auditions in November. Following a draft-style band selection process, the bands used the next six months to select and practice a set.

Rock and Roll Revue is unique because of the audition process; none of the bands exist prior to November.

“It really puts a lot of people together,” Gonzalez said. “I don’t know of any other place at DHS that does that.”

Decatur’s Academic Bowl team won four matches and lost six at the National Quiz Bowl Championships. Fortunately, their national championships only required a six-mile drive, as the championships were held at the Atlanta Marriott Marquis.

Through the 10 matches, nine students rotated through the four available slots in each match.

Every other week, WSB airs High Q, an annual tournament for 32 top quiz bowl teams around Atlanta. Decatur’s team won its first two matches on October 4 against Woodward and Johnson Ferry, before losing in the quarterfinals on February 9 to eventual champions North Atlanta.

It was the first time Tirouvanziam has watched himself on TV.

“It’s kind of weird, but at the same time, I don’t look back regretting any [of it], because I doubt I could have done any better,” he said.