Community shocked by death of former DeKalb School Board member

Community shocked by death of former DeKalb School Board member 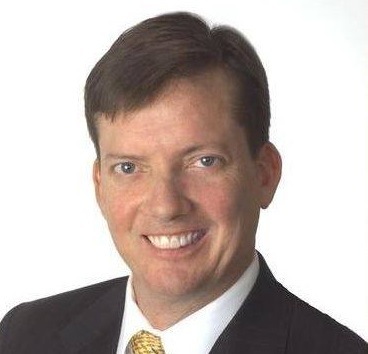 School officials and parents in DeKalb County Schools are grieving the loss of former School Board member James “Jim” McMahan over the weekend.

The Atlanta Journal Constitution reports that McMahan, 53, died and his daughter was severely injured following a collision between two personal water crafts at Lake Wedowee in Alabama on Sunday morning. The daughter lost her right leg as a result of the collision.

McMahan left the school board this year after opting not to run and supporting Allyson Gevertz, who ultimately won his District 4 seat.

George Chidi, a local political commentator, said McMahan was one of the people responsible for drawing him into the world of politics. (Full disclosure: Chidi is a personal friend of the editor of this publication.)

“I got to know him in 2012, when the DeKalb school board was in utter turmoil. I spoke publicly in support of replacing the board, which drew some attention and effectively started my days as a public scold. Jim was glad to hear someone else saying so aloud,” Chidi wrote in a column on Georgiapol.com. “A year or so later, he ran for the school board, in a race I described as “The Most Important School Board Race in Georgia.” His work directly contributed to saving the accreditation of the DeKalb school district, pulling the system from disaster. If you live in DeKalb County, I figure you owe about 25 percent of your home value to his work and the others who wrestled catastrophe off the ledge.”

In a press release, the Lakeside Foundation said, “Jim has been a force in our community, tirelessly working to improve the educational experience for our children. As a member of the DeKalb County School Board and as a board member for the Lakeside High School Foundation, his contributions and energy have been an inspiration. He will be missed.”

“On behalf of DeKalb County School District, our hearts go out to Jim McMahan’s family and we will continue to keep the McMahan family in our thoughts and prayers,” Green said. “Jim’s commitment to the success and achievement of our students was exemplary. He will be greatly missed.”

School Board Chair Michael Irwin said, “Mr. McMahan will truly be missed by our Board.  Jim wanted to ensure our students exceled academically and that the school district upheld its fiscal responsibility to our stakeholders. His commitment to the DeKalb County School District will never be forgotten. It has been an honor to work by his side.”