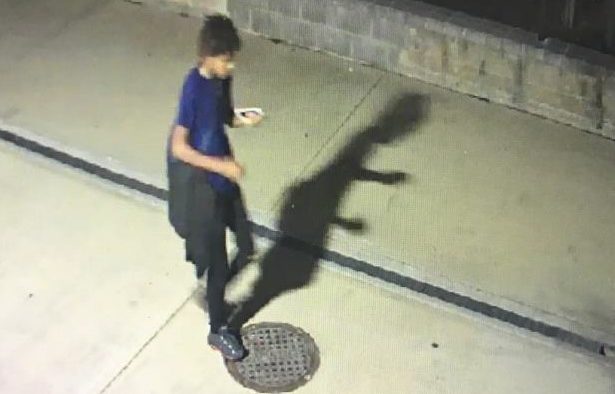 A photo of one of the suspects, provided by Decatur Police.
Share

The Decatur Police Department is asking for the public’s help identifying three suspects accused of committing an armed robbery.

“On Wednesday, July 24, 2019 at approximately 10:41 p.m., Decatur Police responded to a residence in the 200 block of Robin Street in reference to an armed robbery that had occurred in the 400 block of Ansley Street approximately 20 minutes earlier,” the report from the Police Department says. “The victim reported he left work in Oakhurst and began walking home traveling east on Oakview Road and then north on Ansley Street. The victim had headphones on, listening to music. While walking on Ansley Street, the victim noticed three males walking south past him on the sidewalk.

“Two of the males then suddenly accosted him, both pointed firearms at him and one of the males demanded he empty his pockets and give them his phone. The victim complied, gave the males his phone and then ran from the area until he found a person walking their dog and asked for them to call 911. The person did not have a phone so the victim ran home and called police. Officers canvassed Decatur High School property based on results from the victim’s phone locator app and recovered a replica firearm on the ground. Officers later recovered the victim’s phone in the same area. One of the suspects was captured on video surveillance carrying and discarding the stolen phone.”

Police provided the following descriptions of the suspects:

Suspect #2: Black male, mid-late teens, approximately 5’9” and 150 lbs, with twists in his hair and wearing a black hoodie and blue shirt. *Seen in attached photos.

“If you recognize this suspect or have any additional information about this incident or the other suspects, please contact Inv. Edwards at [email protected] or 678/553-6664 or contact Crime Stoppers Greater Atlanta at 404-577-Tips (8477) and remain anonymous,” the Police Department said.