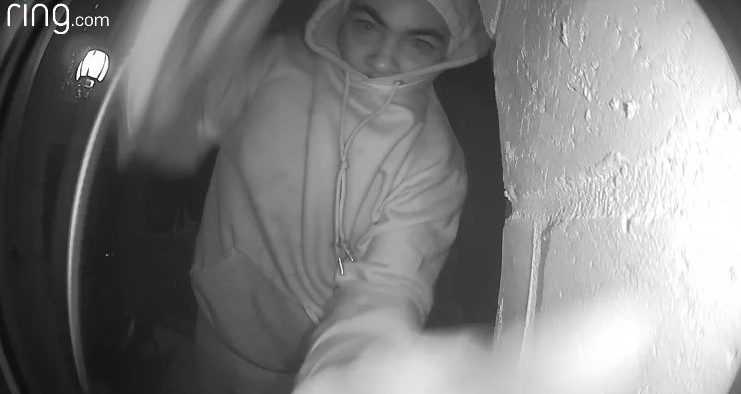 The suspect from the 4th Avenue theft and S. McDonough Street theft appear to be the same person, according to Decatur Police. Photo provided by Decatur Police.
Share

The Decatur Police Department received three different reports about Ring camera thefts since June 18, and two of the incidents are believed to involve the same suspect.

On Tuesday, June 18, 2019 at approximately 5:16 a.m., Decatur Police responded to a residence in the 100 block of 4th Avenue in reference to a theft. The victim reported he was awakened by a noise on his porch.  He checked his Ring video doorbell footage and observed a person pry the camera off the wall and take it.  The incident lasted 15 to 20 seconds and by the time the victim reached his front door, the suspect was gone. The victim provided officers with footage of the suspect. On June 19, 2019, the same victim reported his vehicle had been stolen from the street between June 18, 2019 at 10 p.m. and June 19, 2019 at 10:30 a.m. The vehicle was recovered abandoned by DeKalb County Police on June 30, 2019.

On Sunday, July 21, 2019 at approximately 11:04 a.m., Decatur Police responded to a residence in the 800 block of South McDonough Street in reference to a theft. The victim reported she noticed her Ring video doorbell camera missing from its mounted location, next to the front door of the residence. The victim further stated she had a recording of the suspect stealing the camera. The last recording captured by the camera took place on July 19, 2019 at 11:14 p.m.

On Friday, July 19, 2019 at approximately 11:29 p.m., Decatur Police responded to a residence in the 100 block of East Pharr Road in reference to a theft. The victim reported that at approximately 11:20 p.m., he received an alert on his Ring video doorbell and upon reviewing the video footage observed a hand reaching towards his camera. When he went to check on his camera, it was missing. He advised the neighbor across the street also had a Ring video doorbell that may have captured the theft of his camera. Officers canvassed the neighbor’s house (City of Atlanta jurisdiction) and discovered the neighbor’s camera was also missing.

The suspect in the video footage from the 4th Avenue theft and S. McDonough Street theft appear to be the same person. If you recognize this suspect or have any additional information, please contact Inv. Lindsey at [email protected] or 678/553-6628 or contact Crime Stoppers Greater Atlanta at 404-577-Tips (8477) and remain anonymous. 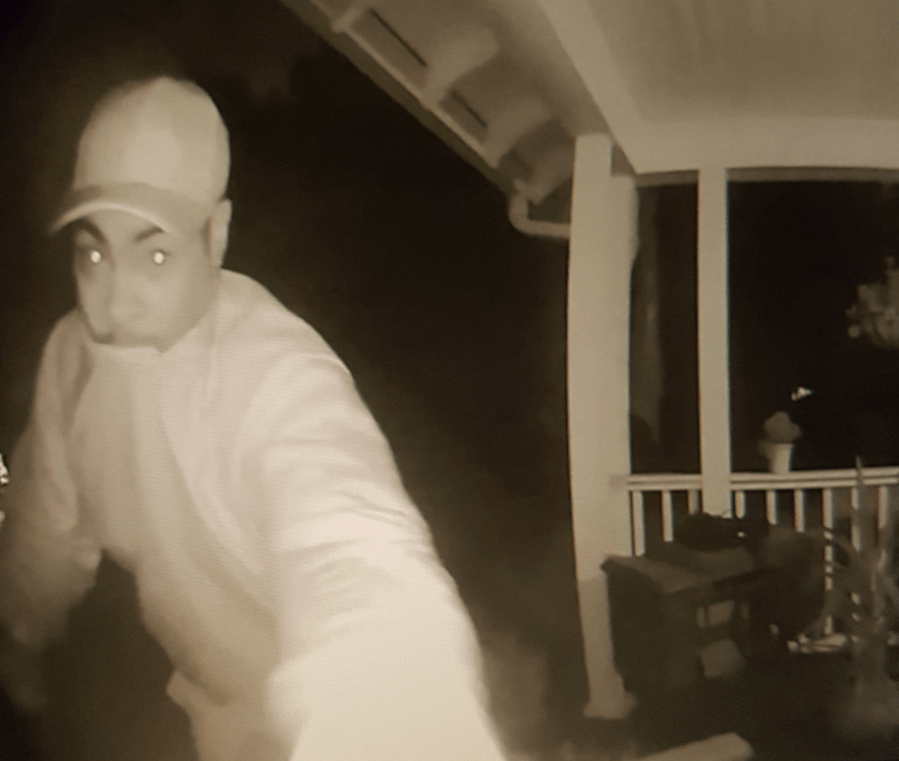