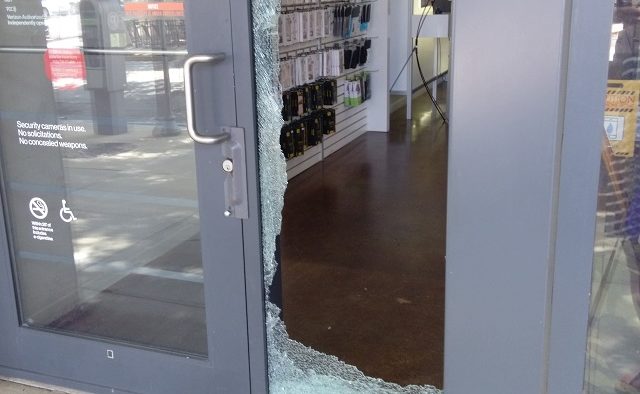 Decatur Police on Friday morning, July 12, responded to a burglary at the Verizon store on West Ponce de Leon Avenue.

“The complainant reported they were walking by and noticed one of the front windows of the store was shattered,” Lt. Jennifer Ross said. “Officers observed storage cabinets in the store had been pried open and rummaged through. Investigators responded to process the scene. The owner of the store arrived and initially reported nothing missing. The owner later contacted investigators and advised a business credit card was missing.”