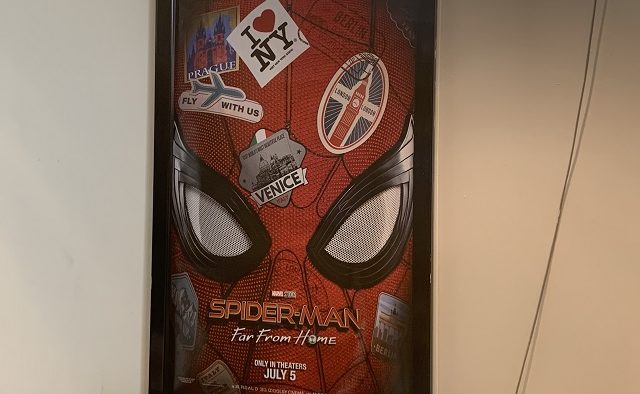 The blockbuster movie of the summer, “Avengers: Endgame,” actually came out in the spring. I’ve spent the hot days of June and July watching arthouse films like “The Last Black Man in San Francisco” and debating whether or not I’m in the mood for a horror movie set in Scandinavia. I’m not. “Spider-Man: Far from Home” should’ve been the best movie of the summer. Now I’m wondering if it will be that “Fast and Furious” spinoff “Hobbs & Shaw.”

Don’t worry. Spider-Man European Vacation is not a bad movie. If you like the Avengers or if you’re moved by Peter Parker’s sweet innocence, you’ll be fine.

The teens from Midtown High have a chance to go to Europe, and Peter (Tom Holland) needs a chance to recover from the events of “Infinity War” and “Endgame.” Regular folks have resorted to calling these universe destroying events “The Blip.” Thanos didn’t blip, he snapped. I would have called it “The Snap” or “Oh Snap.” I like my five years of apocalypse to have a more dramatic name.

Elementals are intergalactic beings who want to destroy the earth one city and one planet at time. Nick Fury wants Spidey to help save the planet. Quentin Beck aka Mysterio (Jake Gyllenhaal) appears as a hero from the multi-verse who wants to stop the Elementals who destroyed his planet. Peter wants to go to Paris and have one-on-one time with MJ (Zendaya).

The film focuses on the theme of loss and responsibility but after Thanos, Spidey is not a bit worried about a lava man or tornado monster. This is Spider-Man: Life After Endgame. Unfortunately, duty calls, and Spidey must fight. The most horrifying scene shows a typhoon creature in Italy. The people are tossed through the canals. Water is hurled at Spidey and the city, and I was completely terrified. I would rather get snapped by Thanos than have Venetian canal water splashed in my face.

By the time we wade through the awkwardness of teen romance, we are anxious to see things blow up. Mysterio has a secret agenda. The writers of this movie make it clear what political commentary they are trying to make. We are all fools. From our chaperones to our superheroes to our world leaders. Spider-Man is a kid who, like us, cannot get a break from the boss. The other subtext is that you can never ever leave your job. Your boss can call you at night, on the weekend, and on vacation. Nick Fury: Boss from hell.

The bright side of the movie is how much I love Peter, Ned, May, MJ, Betty, and Happy. It’s rare to see such goodness and humor in different characters. I super loved Tony Stark’s EDITH protocol. It’s a movie that was supposed to be funny, the reveal of the EDITH acronym was one of the few times I actually laughed. I would give an Oscar to frenemy Flash Thompson (Tony Revolori), who loves Spider-Man, but hates Peter Parker. A few glimpses of his backstory made him the most interesting character in the film.

Now you know. I thought Mysterio was boring.

“Endgame” didn’t have any post credit scenes (just a sound if you listen for it), but “Spider-Man: Far From Home” ends with two. They don’t blow your mind or advance the story. One reminds us that Peter will have another horrible boss besides Nick Fury. The other shows us that we are still in the infinite Marvel telenovela universe and that Spider-Man is just a little blip in it. Fun, but not great. Good enough. Grade C.