Fourth of July festivities planned in Decatur and Avondale

Fourth of July festivities planned in Decatur and Avondale 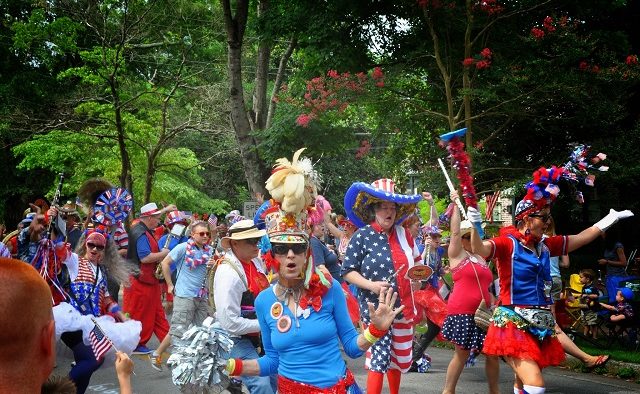 With the Fourth of July just around the corner, Decatur and Avondale Estates are hosting some free and family-friendly Independence Day festivities.

In Decatur, there will be the Pied Piper Parade, a red, white, and blue celebration with signs, wagons, floats, vehicles, and bikes. The lineup will start at 5:30 p.m. at the First Baptist Church of Decatur, located at 308 Clairemont Avenue, and the parade will begin at 6 p.m.

Following the parade, there will be a concert featuring the Callanwolde Concert Band at 7 p.m. on the Decatur Square. Last but not least, to end the night, fireworks will begin around 9 p.m.

In Avondale, Fourth of July festivities will start in the morning instead of the evening.

The annual parade will lineup at 9:15 a.m. at DeKalb School of the Arts, located at 1992 Clarendon Avenue, and the parade will begin at 10 a.m.

Those interested in being a part of the parade lineup should register ahead of time here.

That evening, Fourth of July fireworks will begin at dusk at Lake Avondale.