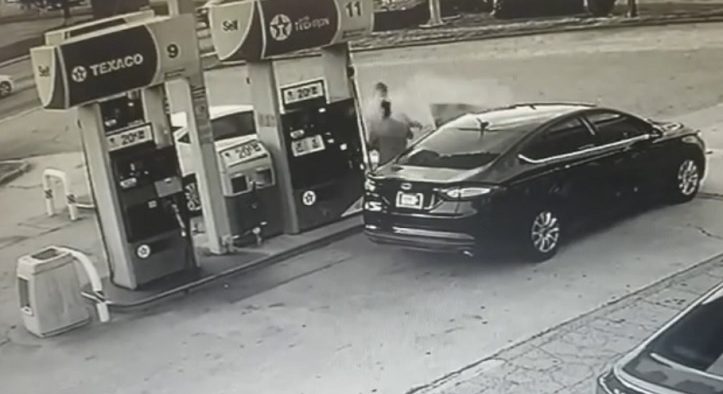 DeKalb County Police are looking for two suspects accused of spraying a man with an unknown substance — possibly pepper spray — before stealing his car.

The incident occurred Sunday morning, July 7, at a Texaco near the big Kroger store on North Decatur Road.

According to the report, police responded to the call around 7:30 a.m. The victim said he pulled up to the pump and saw a white vehicle parked at an adjacent pump. He got out of his car, hooked his car up to the gas pump, and got back into his car.

Both suspects fled the location with the victim’s 2018 Ford Fusion.

The Police Department also provided the following description of the suspects: 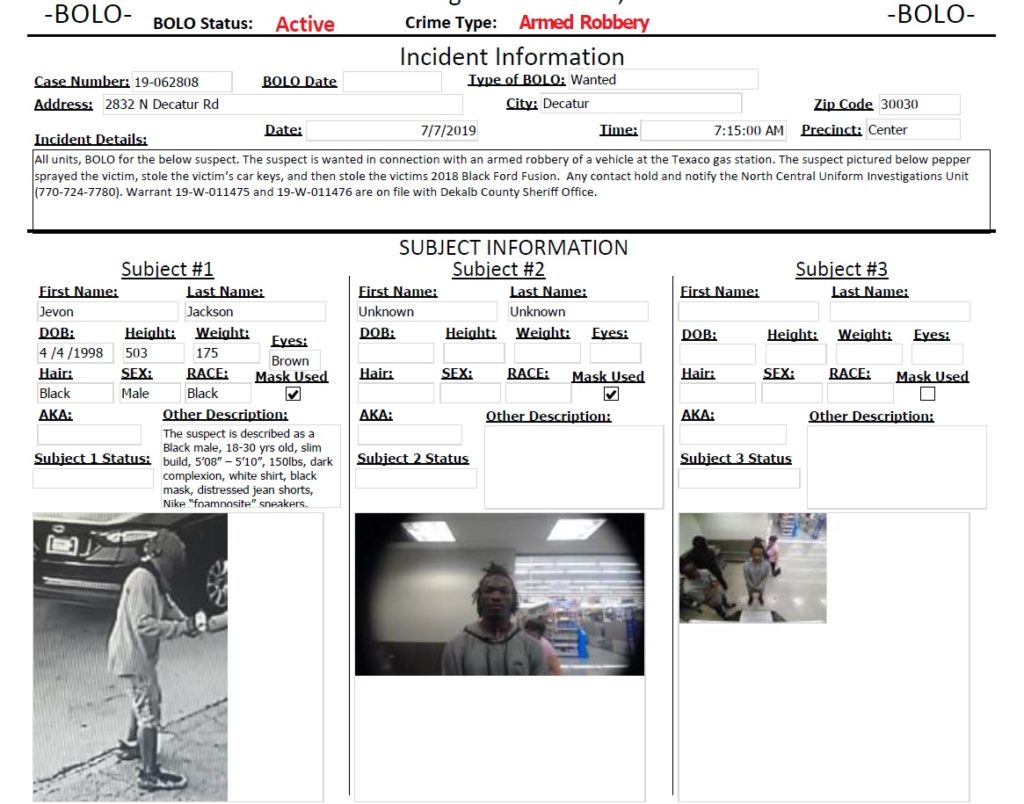