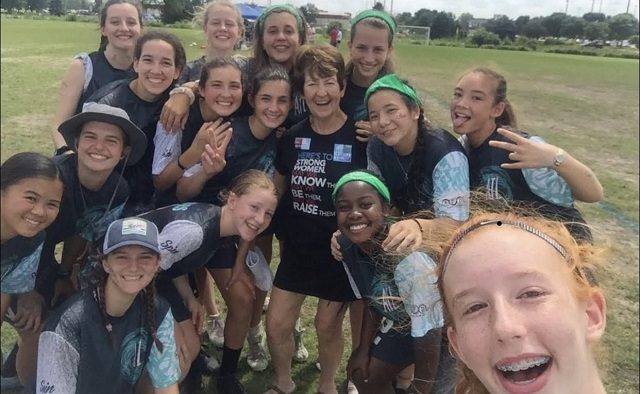 The (Under 20) U-20 Boys Team, The ATLiens, and the (Under 17) U-17 Girls Team, The rATLers, returned to Atlanta victorious as Co-National Champions. The contest was held in Blaine, Minn., from Aug. 2 through Aug. 5.

This was the rATLers second year competing at the YCC, and winning is big deal. Three of the 16 players on the team go to Decatur High School and one of them goes to Renfroe Middle School.

It was a big win for the ATLiens, too.The ATLiens have been going to the YCC since their start back in 2005.

Four years ago at the YCC, the ATLiens team thought that they’d won the title in the last moments of the game only to see their hopes dashed. This year’s victory was sweet, the team said.

Shortly after Koo’s son, Matthew, got involved in Ultimate Frisbee, she saw him having a blast with boys from all over Atlanta and found “incredible camaraderie” among the parents of players. She told herself, “Wow, I really have to get involved in this volunteer organization and give back.”

Eighteen out of 22 of the boys on the ATLiens are going off to college this fall, and the U-20 coaches that led them to the championship have been with this group of boys since U-17, moving up with them.

So, why are these Atlanta teams so successful? 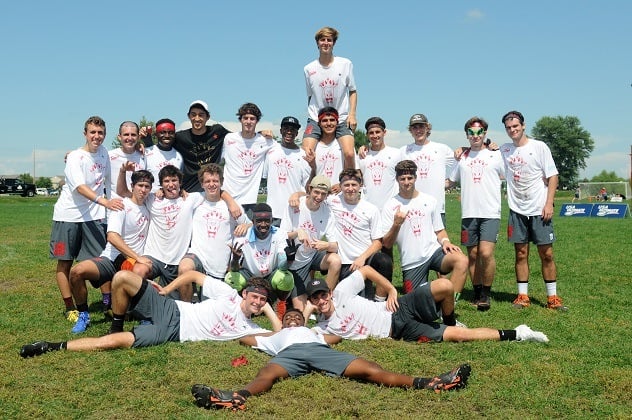 For starters, the Ultimate teams are try-out based, drawing the best players from middle and high schools all over Atlanta.

Traci Switzer, who is mom to team members Malori and Mazie Switzer and team manager for the rATLers, said, “Atlanta Flying Disc Club Juniors is so supportive. We have a well-oiled machine for Atlanta teams going to YCC.”

And the parents play a big part in this sense of community, too. Many of the parents traveled with the teams to Minnesota.

This year was Switzer’s fifth year at the YCC, and she said that the parents provided “fantastic support” throughout the entire summer.

“It is a big ask, but they stepped up and helped every step of the way,” she said.

Koo loves the social development skills that come with the self-officiating nature of the game.

“The highlight for me, as the mom of two daughters, is the spirit of the game. Since there are no referees, players have to know the rules – that takes responsibility and commitment as an individual and a teammate,” Switzer said. “Then during play, if you think there was a foul, players make these calls. It takes confidence to speak up and have a discussion with an opponent and work through the process. This will be a lifelong benefit that Ultimate Frisbee provides.”

To learn more about the ATLiens or the rATLers, click here and here.

To learn more about YCC, ATLiens, and rATLers, go to www.afdc.com/juniors