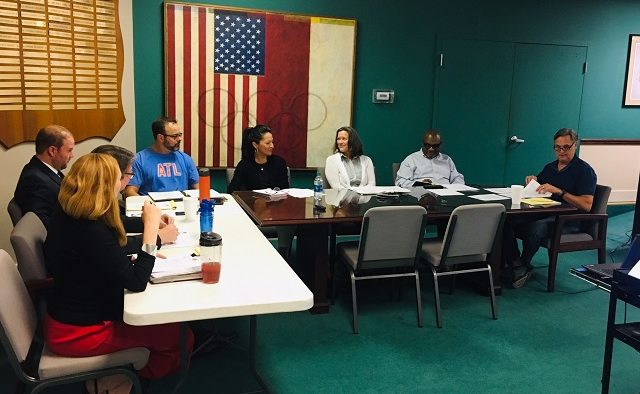 Managing storm water and the effects of heavy rain have been an ongoing task for the Avondale Estates Board of Mayor and Commissioners.

The city hired Pond & Company to assess why the north branch of the Lake Avondale walking path has been consistently muddy and sometimes flooded.

Brad Jones of Pond & Company presented the findings at the BMOC work session on August 20.  According to his report, there is seepage from a spring head and the water table which is three feet below the surface, and the existing French drains are clogged. Pond’s recommendation is to replace drains, install sewer clean-out areas and add a landscape area drain, at an estimated cost of about $10,000.  The next step will be a call for bids to complete the project, which Pond will oversee.

In order to issue storm water permits, the city must follow state and federal guidelines, municipal sewer regulations and submit a report each year.

City Manager Patrick Bryant said, “In the past, DeKalb County has assisted us with completing the report and provided engineering assistance, but they are no longer doing that. In order to complete the report, we need the assistance of a certified engineer.”

Clark Patterson Lee submitted a proposal to do the necessary consulting work for an estimated total of $14,550.

In other business, VIỆTVANA Phở Noodle House is seeking a permit to sell alcohol on their patio, Willams & Roy Salon is seeking a conditional use permit to open a salon at the Willis building, and Towne Cinema seeks an easement to replace their existing access ramp.  All three permits will be voted on at the City Commission’s regular meeting on Monday, August 26.

“We’re very proud of the kids,” said Mayor Jonathan Elmore. The proclamations will be read at the City Commission’s regular meeting on Aug. 26.