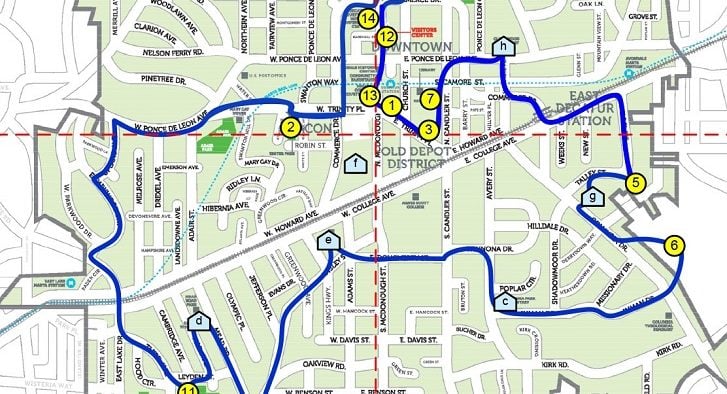 The city of Decatur will begin construction next week on a new city-wide fiber optic network to be shared between the city and the City Schools of Decatur (CSD).

Construction is expected to start on Monday, Aug. 19. According to a city update, plastic conduit carrying the fiber cable will be installed underground using directional boring to minimize land disturbance and impacts to trees, landscaping, utilities and storm drainage. Street construction will be limited to rights-of-way, the city said.

Network Cabling Infrastructures, Inc. (NCI), a company from Duluth, will perform the work, the city said. The city recently awarded the company a $2 million contract for the work. The school system has agreed to kick in $653,500. The new fiber network replaces a private city network installed by Comcast 20 years ago.

The network will provide uninterrupted communications service for all city and CSD facilities, including the Decatur police and fire departments.

Construction activities will generally take place from 7 a.m. until 6 p.m. on Monday through Friday and occasionally from 9 a.m. to 5 p.m. on Saturdays.

Construction in all zones should be completed in about one year.

The city provided this map showing the network’s design: 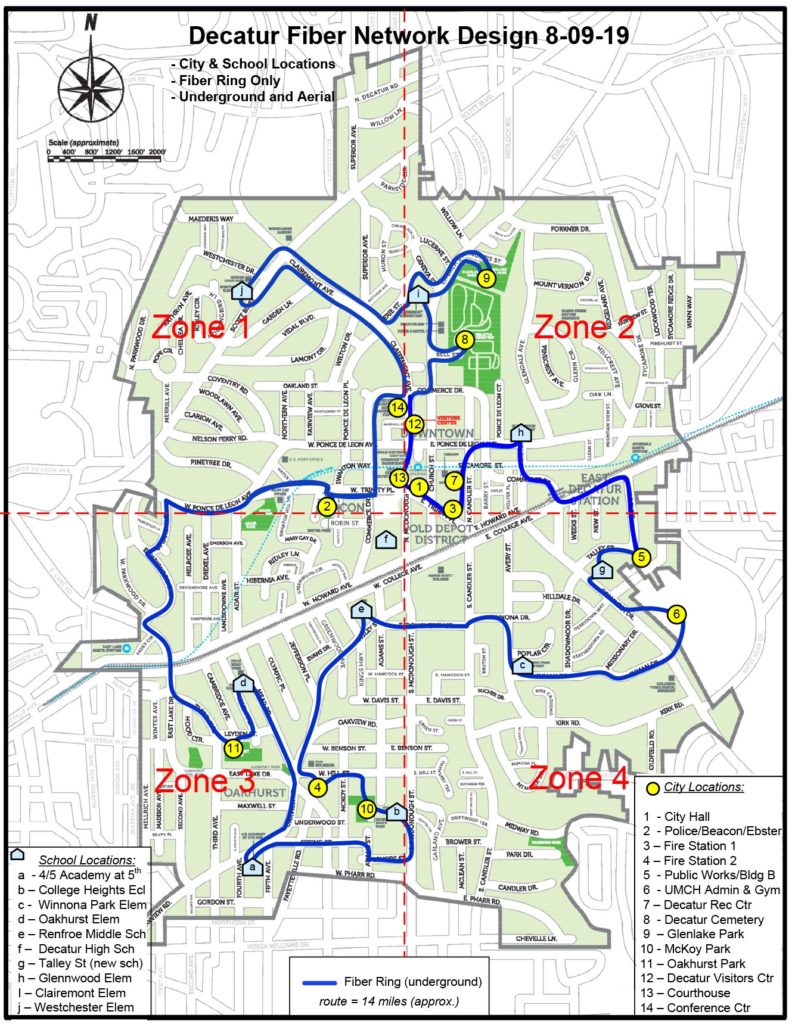