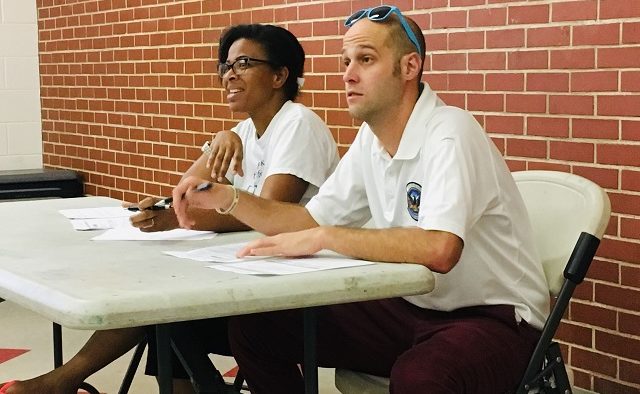 New housing developments were on the agenda at the Aug. 27 Neighborhood Planning Unit O meeting.

A condominium development with 19 units at 111 Moreland Avenue is one of spates of “missing middle” housing developments being built following a change in city zoning ordinances in February. According to Curbed Atlanta, missing middle housing is defined as housing between single family homes and apartments.

The site is in NPU-N and was presented for review and comment because it borders NPU-O.

Developer Jack Zampell sought a revision to the original site plan for 2343 Hosea Williams, at the intersection of Hosea Williams and 2nd Ave.

– Atlanta Department of Watershed Management employee Carl Holt announced that Hosea L. Williams Drive will be closed from 9 a.m. to 4 p.m. between Douglas Street and Branham Street for emergency sewer repairs for about two weeks.

“For detours we suggest you use Oakview Southeast to get around it,” said Holt. “We also have the water main replacement going on along DeKalb Avenue, that is still on schedule. You may notice lane closures, we’re trying to maintain two lanes open.”

Inspection of storm water inlets is being conducted throughout the city.

– The Center for Civic Innovation is conducting a review of the NPU system in Atlanta.

“The system hasn’t been reviewed since 1978, so what we’re doing is just taking a look at it and seeing how it is currently functioning, and having conversations with different Atlanta residents to see what the state of community engagement is and how you can be more supported,”  said Civic Engagement Manager Asile Patin.  A survey will be available on the Center for Civic Innovation’s website, www.civicatlanta.org.

– Melissa Abreu sought a liquor license for her new beer and wine bar Dom Beijos, located at 2033 Hosea L. Williams Drive, which will open in early September. The NPU passed the motion to grant Abreu a liquor license.

– Chop Shop at 1366 Memorial Drive is already open selling take-away food. Owner Rusty Bowers will be opening a patio with seating for 50 at the location and sought both a food specialty liquor license for the retail side, and a consumption on premises license. The NPU passed the motion to grant Bowers a liquor license.

– Atlanta Fire Rescue Department will be starting new sessions of both the Citizens Fire Academy and Atlanta Community Emergency Response Team training soon. For more information about joining these sessions, send an e-mail to [email protected]