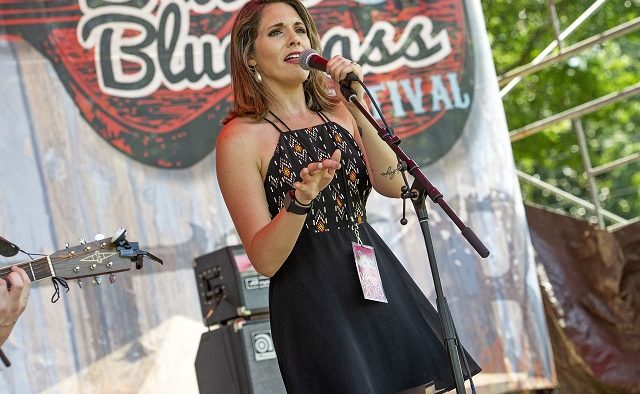 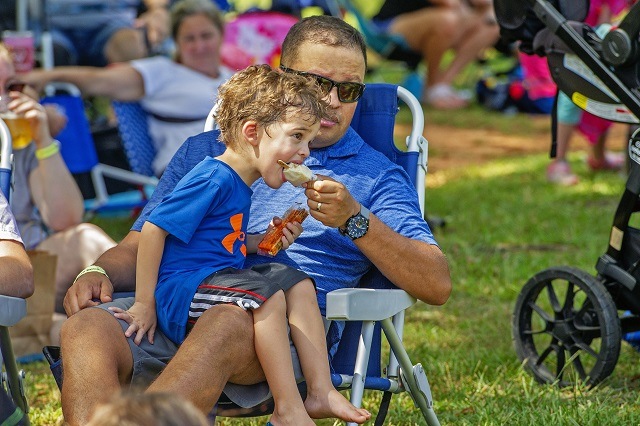 Marcus Clifford shares a King of Pops with his son Wesley, 3, during Saturday’s festival in Legacy Park. 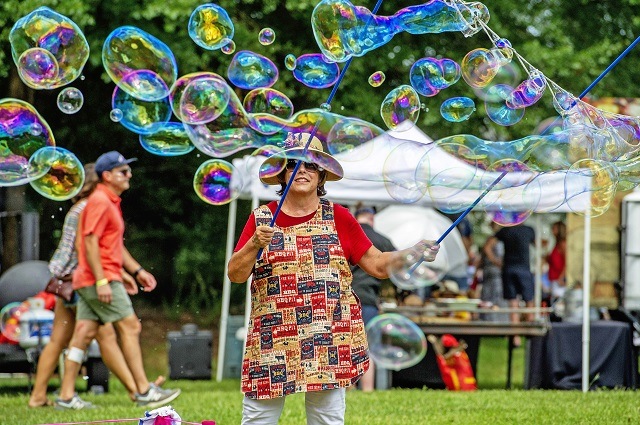 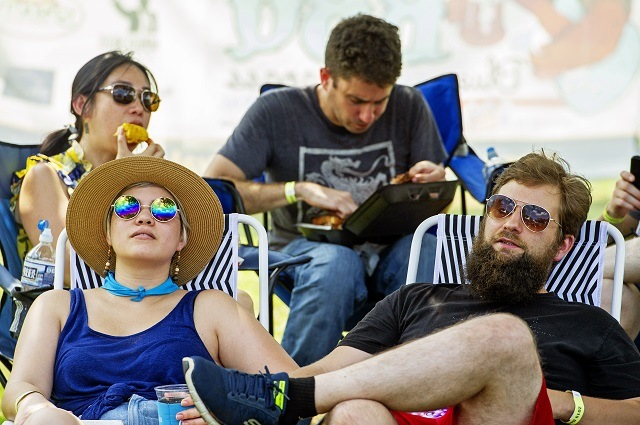 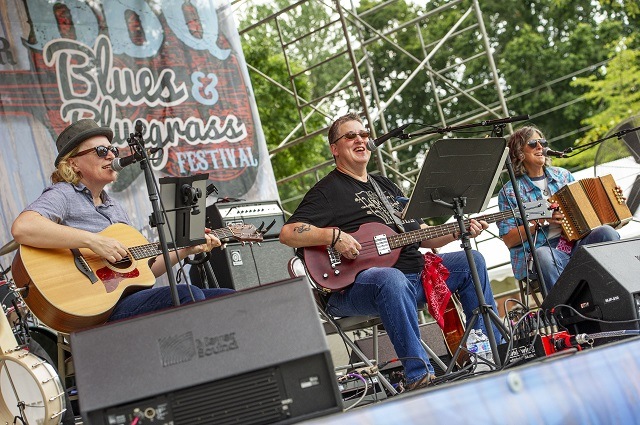 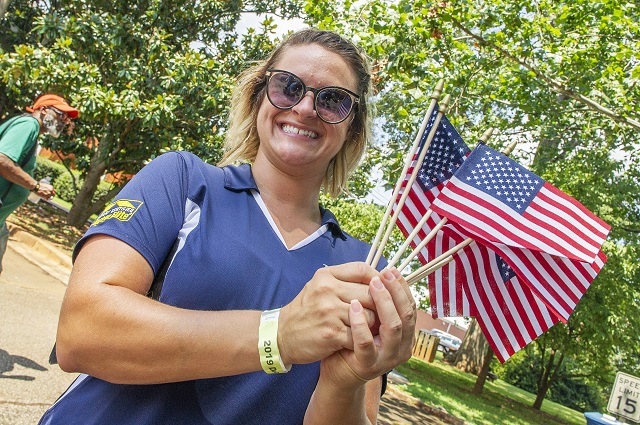 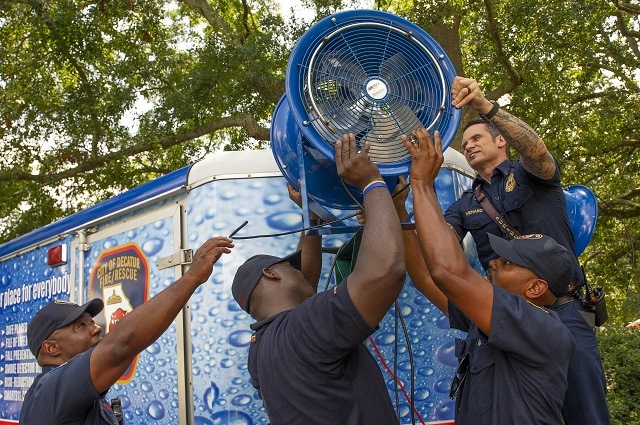 Decatur firefighters put up misting fans for patrons of the 19thAnnual Decatur BBQ, Blues and Bluegrass Festival at Legacy Park. 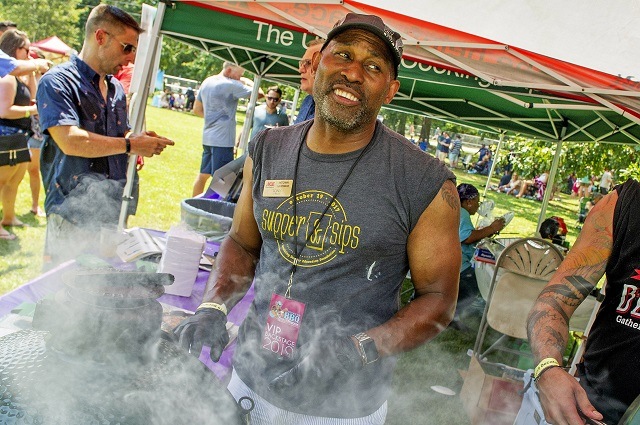 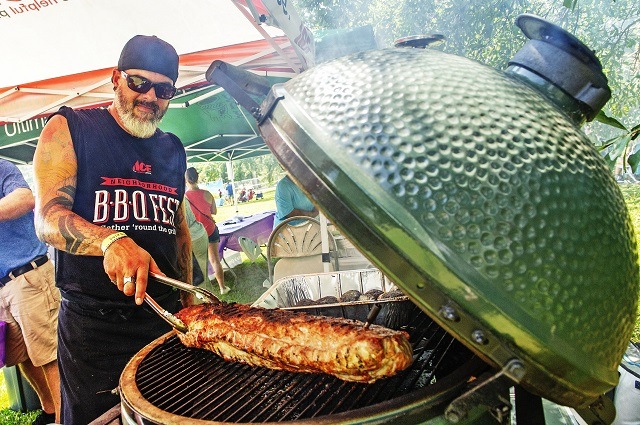 Patrick Schmidt, receiving manager at Intown Ace Hardware cooks a slab of meat on a Big Green Egg during the festival Saturday. 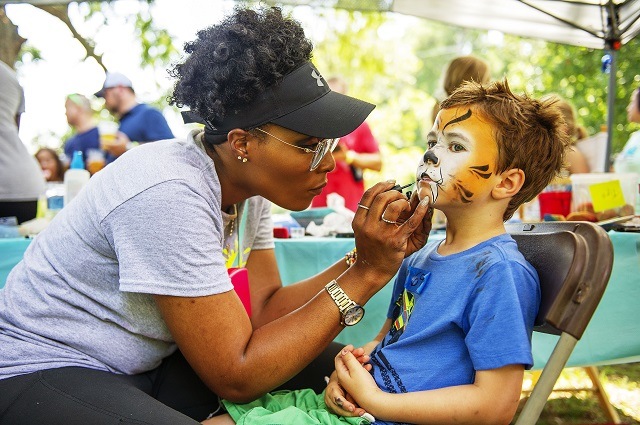 Pax Wall,5, gets his face painted by Artesha Chaney From L.A.C. Face Painting. 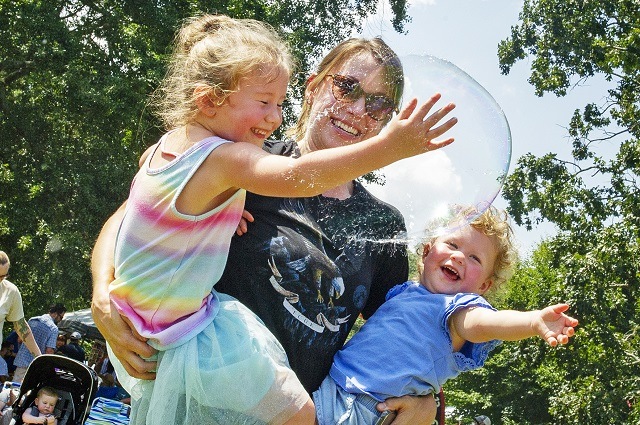 Evelyn Wood, 4, catches a bubble with her mother Bethany and sister Willa, 1, during the festival Saturday. 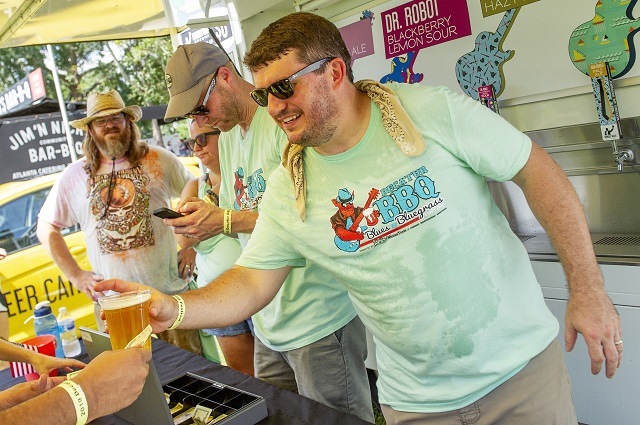 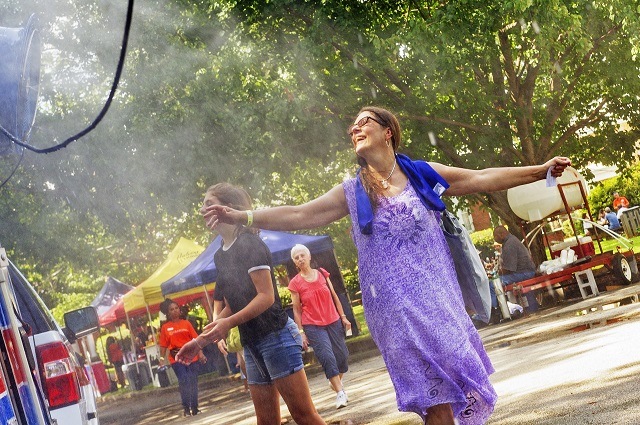 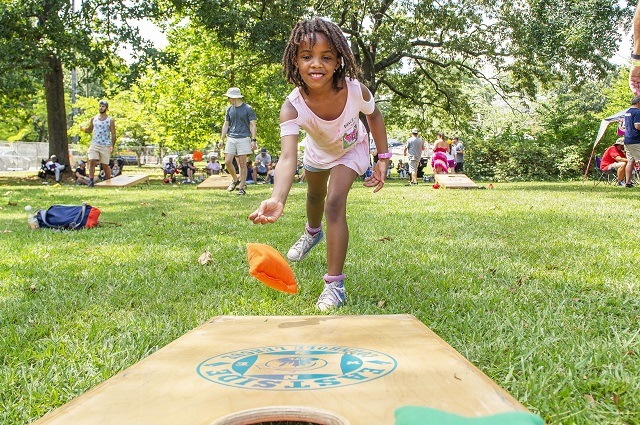 Ellie Gordon, 7 gives the corn hole game a try during the festival Saturday. 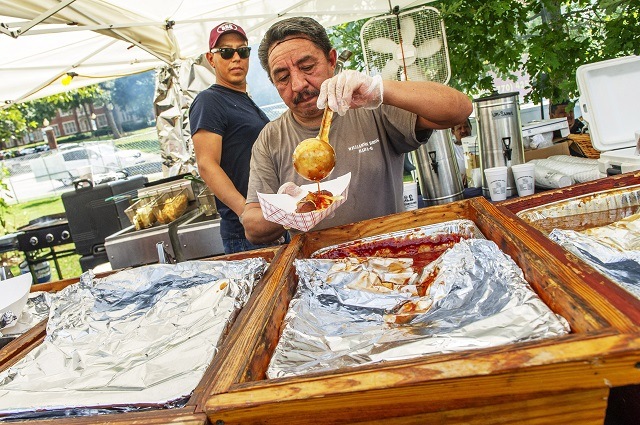