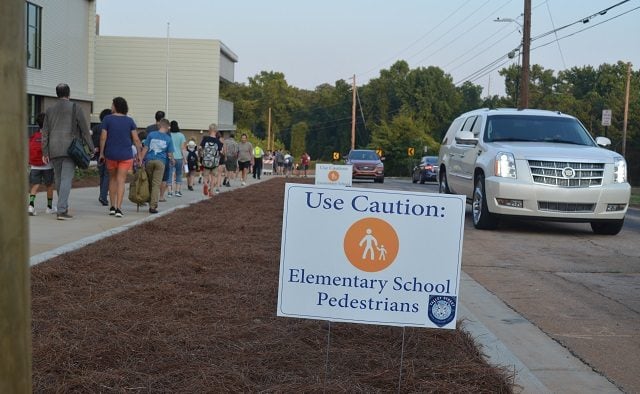 Before the sun had even touched the brand-new building on Aug. 1, Talley Street Upper Elementary was full of life.

“I’m just so glad kids are finally in the building,” Heaton said. “It’s been too quiet. School buildings are supposed to be loud, filled with kids.”

As students walked up, Heaton greeted many of them by name. He previously worked as Clairemont Elementary’s principal, so he was a natural choice to serve as the first principal at Talley Street. All Clairemont and Glennwood students, as well as 76 percent of Winnona Park students, now feed into Talley.

Previously, students from all five K-3 Elementary Schools fed into Fifth Avenue Elementary, previously known as the 4/5 Academy at Fifth Avenue, but the 2019-2020 school year begins a new chapter for City Schools of Decatur. Last year’s five K-3 elementary schools are now all K-2 schools, while Talley Street opens as a new 3-5 Upper Elementary School and F.AVE transitions to 3-5 as well.

It took more than a year of construction and $22.5 million to get to this point, according to CSD Executive Director of Operations Noel Maloof. When parents Michelle Scott and Chris van Dyke looked around the school last Sunday and saw work still being done on the sidewalk, they were a bit skeptical. Returning for the Meet and Greet on Wednesday, however, they were excited by what they saw.

“It’s a beautiful building with lots of light and windows, and classrooms are nice and big,” Scott said. “It should be great.” 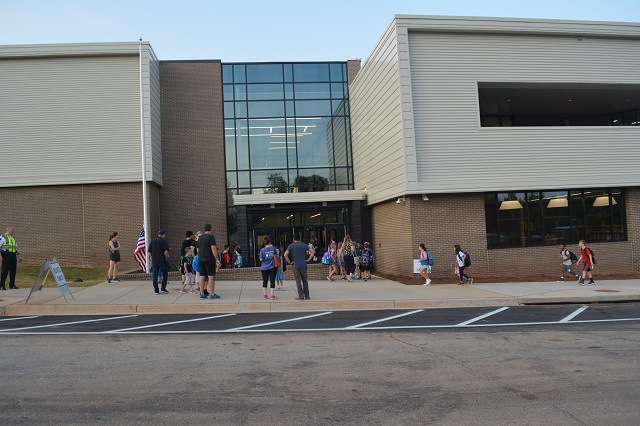 They also pointed out that the location allows them to walk, which they could not do last year at F.AVE.

Transportation and safety have been focal points with the Talley Street opening. In August 2018, the City Commission adopted a plan to install split phase signals at the Talley / S. Columbia intersection and connect the Stone Mountain PATH to the Legacy Park PATH, by way of Talley Street. School zones and Safe Routes to School Routes were also created.

Correction: An earlier version of this story provided an incorrect percentage of Winnona Park students who are attending the Talley Street School. This story has been updated with the correct information.