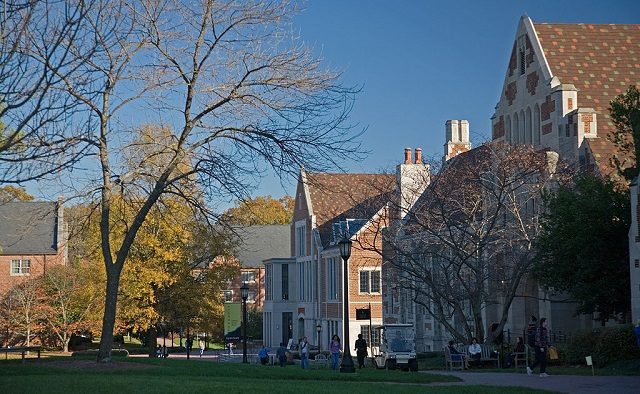 Agnes Scott placed No. 1 among national liberal arts colleges on the Most Innovative Schools list. Emory University ranked No. 21 among the nation’s universities.

Agnes Scott credits its success to its SUMMIT program, which provides freshmen with a five-day “leadership immersion” experience in the fall and a week-long trip to another country in the spring semester.

“We are extremely excited and proud to again be named the No. 1 Most Innovative School,” Agnes Scott College President Leocadia Zak said in a press release. “With its focus on global learning and leadership development, SUMMIT has redefined a liberal arts education, offering students a unique academic experience that sets them on the path of success in their careers and in the world. SUMMIT has been truly transformative for Agnes Scott and its students. We are proud to be recognized as one of the premier educational institutions in the country.”

Emory said in a press release that the ranking affirms the university’s place among the country’s top academic institutions.

“Emory’s continuing acclaim as a leading research university is driven by our community of top faculty and students, who share a passion, purpose and resolve to make a positive impact on Atlanta, the region and the world,” Dwight A. McBride, provost and executive vice president for academic affairs, said in a press release. “While this ranking affirms Emory’s standing among the nation’s most eminent research universities, we remain as committed as ever to our important work of advancing an academic environment focused on innovation, discovery and learning of the very highest order of excellence.”