Dear Decaturish – Us Protecting Us demands justice for Anthony Hill

Dear Decaturish – Us Protecting Us demands justice for Anthony Hill 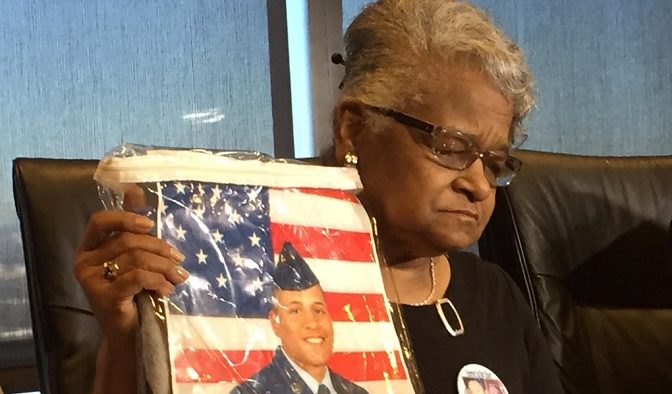 After four and a half years and four judges, the criminal trial for Anthony Hill will commence on Monday, Sept. 23. We do not know how long jury selection will take. We will update via social media. We hope that the community will show up when the trial begins to support the Hill family.

Us Protecting Us is demanding justice for Anthony Hill regardless of the result of the trial. We are dedicated to educating the public on dealing with police interaction with people of color and persons that live with disabilities, training ourselves to handle our own crises without police intervention, demanding accountability for police officers who brutalize and murder us, and demanding better resources for people living with disabilities.

It has been reported that from one third to one-half of people murdered by the police live with a disability. We are adamant about not calling the police but relying instead on the experience of people most affected to develop response plans to crises. The current crisis intervention training is severely flawed for officers in Georgia. It is clear that the training isn’t working to protect folks living with cross disabilities and mental illnesses. “We need a triage system for 911 operators to identify a cross-disability emergency,” founding UPU member Bridget Anderson said. “There needs to be changes to the current crisis invention training.”

Us Protecting Us is making the following demands on DeKalb County:

– A triage system for 911 operators to identify a cross-disability emergency. Asking the right questions to the caller in order to identify the problem so the call can be directed to a mobile crisis unit and NOT the police. (The city of Chicago implemented this training and identified nearly 5x more mental health crisis calls than in previous years.)

– Changes with the current Crisis Intervention Training (CIT) which Officer Robert Olsen received. CIT training should be peer-led by people living with cross disabilities. This provides a real and true understanding of what their experience is vs. clinical knowledge.

– A mobile crisis unit that sends out emergency responders but NOT law enforcement officers. No matter how much training an officer has they still have weapons at their will. A DeKalb mobile crisis unit is in effect now but is severely underfunded and unknown. The mobile crisis unit should include mental health and cross-disability professionals along with community volunteers with the correct training. It also only currently operates between the hours of 9 a.m. to 5 p.m.

These are three simple asks that can save lives and have a huge impact on the future of DeKalb.

– Paul McLennan, Us Protecting Us