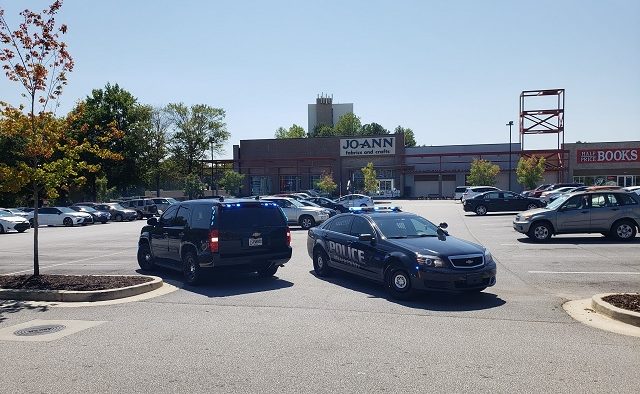 Police evacuated some businesses at Suburban Plaza on Friday afternoon, Sept. 6, after someone found what turned out to be an empty cardboard box.

Numerous police cars could be seen in front of Jo-Ann Fabric and Crafts, Half Price Books and other businesses.

An employee of one of the businesses there told Decaturish, “”There is a bomb scare at Suburban Plaza. Don’t have any real info, but they did evacuate the shops up stairs.”

A police spokesperson confirmed that it was a false alarm.

“It was an empty cardboard box,” the spokesperson said.