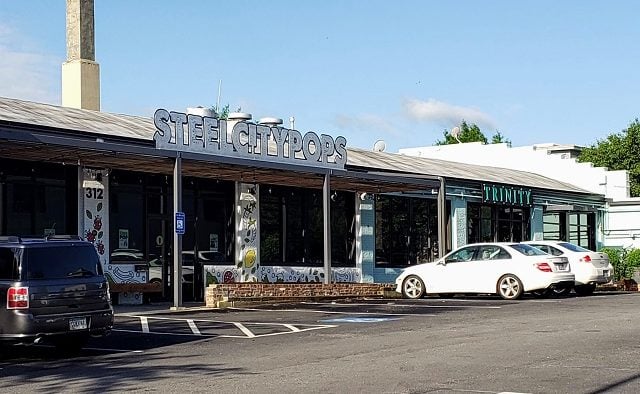 An unidentified restaurant is under contract to lease the space currently occupied by Steel City Pops.

Broker Steven Josovitz with The Shumacher Group confirmed that a new restaurant is planning to take over the space. He said he couldn’t disclose which restaurant is going there, but promised to provide more information once the deal closes.

The rent for the space is advertised at $10,280 per month. The property went on the market in August and Josovitz said at the time that the company told him it is leaving the Atlanta market. The property was listed days after Tomorrow’s News Today reported that the Birmingham-based Popsicle company was pulling out of the Madison Yards project in Reynoldstown.

Decatur gave Steel City Pops exclusive privileges to vend on the Decatur Square and in Harmony Park. The city says that this is because there’s a policy that the city should give preferences to local vendors, but no formal written policy exists. Butter & Cream, another Decatur-based dessert company, had inquired about putting a cart on the Square previously but was not invited to submit a proposal when Steel City Pops submitted theirs. King of Pops also submitted a proposal at the same time, but the city rejected that proposal.

Following the Decaturish investigation, the city gave Butter & Cream an opportunity to vend in the Square.

The investigation also revealed the city contacted festivals and urged them to select Steel City Pops as a vendor in addition to, or instead of, King of Pops. The building Steel City Pops rents is owned by a member of the city’s Downtown Development Authority, Fisher Paty, and one of the key people making decisions about vendor carts, Assistant City Manager Lyn Menne, draws a retirement benefit from the DDA.

Paty previously said he “did not, in any capacity, whether directly or indirectly” tell Menne and other city staffers to help his tenant. Menne has also said Paty did not direct her to help Steel City Pops.

Menne recently announced her decision to retire from the city, effective Nov. 1. Paty will be leaving the DDA, Menne announced at a recent Downtown Development Authority meeting.

There is no evidence that the Decaturish series had anything to do with Menne’s retirement, Paty leaving the DDA or the departure of Steel City Pops from the Atlanta market.