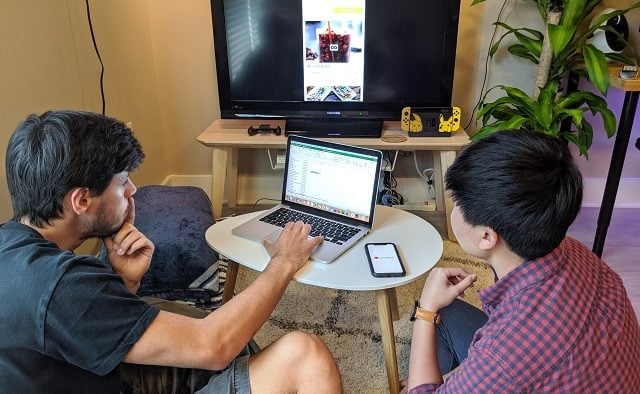 Evan Walker and Rain Li are the entrepreneurs behind the GettaBite App. Photo provided to Decaturish.
Share

Back in 2017, Evan Walker was a business major at Auburn University in his junior year, trying to find a software engineer to help him create his idea for an app, GettaBite, an interface to better relay local restaurant deals and specials to customers.

At the time, Rain Li was majoring in aerospace engineering and software engineering at Auburn, developing apps part-time for an app company.

Walker organized around two dozen meetings and met with close to 20 faculty members at Auburn about his idea before landing a spot, sitting in front of the Dean of the Engineering School.

“I was sitting across from the dean and said, ‘Listen, I’ve gone and talked to so many people. I just want to meet someone who wants to start a startup with me. I have an idea. I have no technology or technical skills – I just have an idea.’ And he said, ‘I’ll tell you what. Send me an email with your idea and I’ll send it out.’”

So, the dean sent out an email to students on campus with experience with software and coding. Walker got several responses from the email, but Li was the first one. 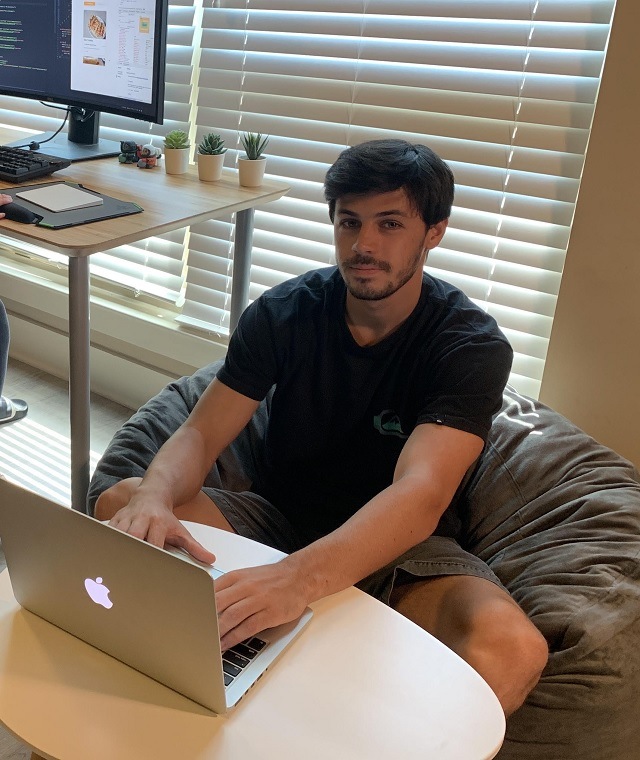 Walker and Li connected via phone and met up. They sat down for a little while, talking about vision and time. Li was busy with her semester at the time, but she said that she would go home and see what the app could look like.

“Three hours later, Rain sent me the app. Like, the app,” Walker said.

“A very ugly first version,” Li added, with a laugh.

“It wasn’t perfect, but I kid you not. Three hours later, she sent me the app that I wanted,” Walker said. “I was like ‘Oh man, in like, a couple of months we’ll have something,’ and three hours later Rain was like, ‘Here you go. Download this. Check this out.’”

From there, September 2017, they started meeting every week. After hearing about an entrepreneurship competition hosted by Auburn similar to Shark Tank called Tiger Cage, Walker and Li decided to compete with their app.

From there, they started to really make things happen and realize that their app could turn into something.

The duo made it to the final round of the competition, gaining some investors and entrepreneur advisors along the way. In the second-to-last round, though, they finished delivering their pitch and got an unexpected reaction from one of the judges.

While they didn’t win Tiger Cage – due to non-compliance with competition guidelines – they got offers from investors and were testing the app out in Auburn.

It was still a new app, having grown and changed a lot throughout Tiger Cage, and it was starting to take form into what is now known as GettaBite.

At its original inception, Walker’s app idea was geared more toward food waste solutions. He recognized that local restaurants were throwing out food, and that there was an opportunity for discounts and advertised deals. 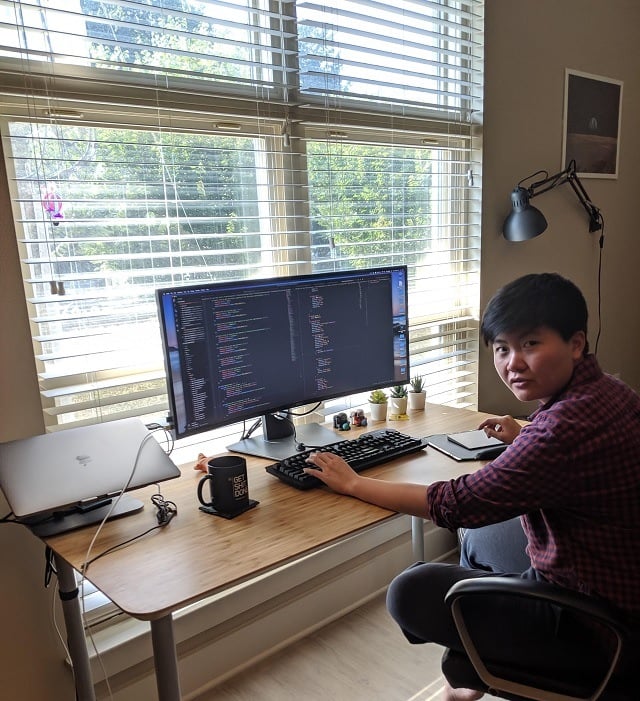 For Walker, one of the transformative moments for GettaBite was when one of Walker and Li’s close friends texted him with a story about their app. “Our friend texted me one day, and he said, ‘Hey, I just had this really weird experience with your app.’ He said, ‘there’s this deal on you guys’ app, and of course, no one goes to eat alone, and so I texted my sister because we love Mexican food.’”

Walker’s friend and his sister were both attending Auburn University at the time, and he hadn’t seen her in weeks. Although they were close siblings, their family was going through a rough patch of issues with loss of a loved one, and they weren’t really talking about it.

“He sent his sister a screenshot of the deal and said, ‘hey do you want to go get this [taco] deal with me? My friends made this app.’ They got together and ended up spending, like, two hours at this place,” Walker said. “Got margaritas, got the deal – got the this and that. He texted me and said, ‘I just wanted to say thanks. That was so cool, and I wouldn’t have talked to my sister tonight or met up with her, but we did because of your app.’”

For Walker, he was able to make some observations about GettaBite that day.

“That was kind of a powerful thing. Our friend just met with his sister who he hadn’t seen in a while, which inspired the vision for our app as more than food deals,” Walker said. “I was like, ‘Oh, this is more than people just saving money. You don’t eat alone – you go out with people, and maybe you text a friend.’”

Fast forward to Walker and Li’s last few months in school – after testing the app in Auburn, they realized that it wasn’t a good fit for that small of a town, even though Auburn University has a fair amount of students. As Li put it, “we needed a more diverse pool of restaurants and essentially population.”

So, after Li graduated in May 2019, and Walker in August 2019, they moved to Decatur and the Atlanta-area to run GettaBite full-time, a place with tons of restaurants and bars. Li is 24 years old and Walker is 22.

Walker and Li work in tandem to make GettaBite happen. As Walker describes the dynamic, “Rain’s the technology wiz” and Walker deals with the marketing, finance, and legal side of things.

Walker always envisioned a path of working for himself or doing his own thing.

Li’s decision to make GettaBite her full-time career choice was a harder one.

“So basically, being an engineer, you like the safe route. My whole life, my parents always thought I was gonna go work for NASA or something because I was into aerospace engineering since I was younger,” Li said. “Not every day you get the chance to start a company. To me, it was do I give up the stable life, or do I pick this thing where we’re gonna go with it?”

She chose the app.

GettaBite is available to download now for free, showing users an Instagram-esque feed of local food and drink deals. According to Walker, one scroll through the deal feed will give people several hours of gathered information from local businesses in one app.