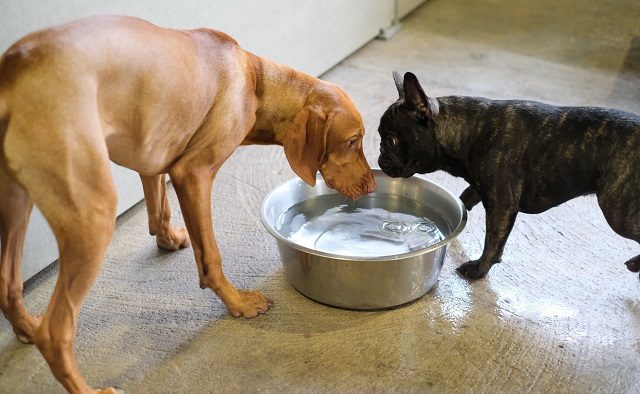 Here’s a look at business news in and around the Decatur area.

“Spot for Dog’s EarthCraft Certification, verified by local consulting firm SK Collaborative, exceeded building construction components and systems designed to maximize energy efficiency while minimizing harm done to the environment,” an announcement from the company says. “The primary vision used a rehabbed historical building and turned it into an environmentally sound project.”

The company says renovating its existing building allowed for conservation of land and infrastructure, resulting in a building that has “abundant” natural light due to the open doggy play area that uses energy efficient lighting where needed.

– Earlier this year, Folk Art announced plans to open up a Decatur location, taking over the space previously occupied by Thumbs Up. The anticipated opening date was this fall. The company’s Instagram page suggests that it might be opening soon, but no official date was given.

We are so close Decatur! We will keep everyone posted. Stay tuned.

– An announcement about the restaurant taking over the Steel City Pops space in Decatur could occur soon, Broker Steven Josovitz with The Shumacher Group told Decaturish.

Josovitz last month confirmed the space was under contract. He said news about the new tenant could come as early as this week. Stay tuned …

“It’s a lifetime achievement and a career high,” Scott said in a press release. “This is bigger than anything I’ve ever done and probably ever will do.”

As president, Scott intends to “focus on decreasing the disparities in access to women’s healthcare, reducing maternal mortality, and increasing the number of OB/GYNs in rural areas.”

Have business news you’d like us to report? Send it to [email protected]