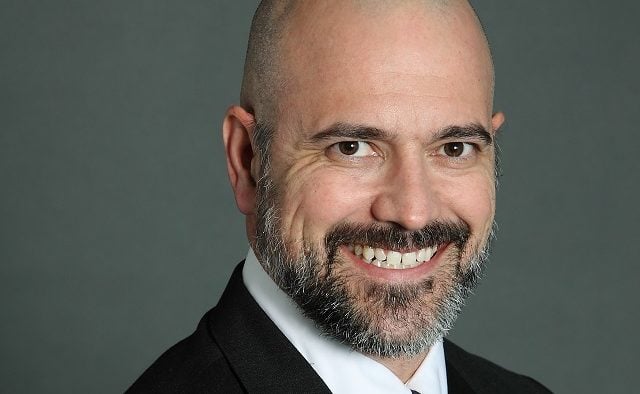 About this series: As part of our ongoing election coverage, we invited each candidate to submit up to three letters of support. Here are the letters in support of Phillip Wiedower, who is running for the Decatur City Commission, District 2, Post B seat.

Why should you vote for Phil to be the next commissioner of district 2?

I first met Phil Wiedower 22 years ago when he was the Head Concierge at the Ritz Carlton Buckhead as well as President of the Atlanta Concierge Society. He was taking my sister Tabitha to a special dinner event where he was to receive the Silver Plume award for his remarkable guest services. The award was well deserved. Phil later explained to me that many of the guests at the Ritz were there for a very special occasion like an office party or wedding. It was his job to ensure they left feeling like all of their needs were anticipated and met with a smile, and when the opportunity presented itself, which often happened, Phil would go above and beyond to make their experience memorable. Over the years, Phil has stated that when he retires he would like to go back to the concierge desk or find some other employment that allows him to continually give back in special and memorable ways.

Now, being a Decatur resident myself, I see the myriad opportunities this community offers to guys like Phil, who lovingly likes to say, “Decatur has something for everyone, from the cradle to the grave.” It’s no wonder he is the Leader for his son’s Boy Scout den. I’m not surprised in the least to see him serve as the PTA President two years in a row only to follow it with being the board’s Secretary. Safe Routes to School makes sense too. He and I took the Citizens Police Academy together and working with C.A.P.S. is clearly something that takes him back to his concierge days as he jumps to attention to help folks get what they need and get to where they need to go. And he does this all with aplomb. Never critical, never judgemental, rather he is thoughtful and considerate. He is a true Eagle Scout.

Phil was asked to join the Zoning Board of Appeals where he currently makes decisions that affect the city in meaningful ways. He’s been a participant in the Decatur 101 where citizens learn about how the government works! This guy actively seeks out to understand how the local government works for his fun and enjoyment.

There’s probably so much more in Phil’s community and volunteer experience that I probably don’t know about but what I do know is that he is the kind of person you want to be a city commissioner. He is actively involved in the community through his own motivation and altruism because he genuinely wants City of Decatur to maintain the charm and diversity that brought us all here and continues to invite new families.

Like most citizens of Decatur, I want my elected official to be the kind of person who listens to the needs of the community and take action. Phil has already demonstrated he is exactly that kind of person. If you don’t know Phil, you should get to know more about him and then you will see exactly why he’s the best City Commissioner candidate for District 2.

I first met Phil when he became a member of the Citizens Assisting Public Safety (CAPS) program five years ago.  While serving as a CAPS member, we have worked together at various festivals, races, and numerous bike registration events throughout the city.

I currently have the privilege to serve alongside Phil on the Zoning Board of Appeals, where I continue to be impressed with Phil’s thoughtful approach to every request we receive by going beyond reviewing all of the materials provided and visiting each site.  He thoroughly evaluates each application and does not come to the table with any preconceived notions. What I appreciate most is how he always takes time to explain the process to both the applicants and residents present for public comment, ensuring their opinions and views are heard.

As a fellow Eagle Scout and friend, I appreciate Phil’s values, ethics, and dedication to our community.  I am confident he will approach every decision with the same respect and thoroughness as the next Commissioner for District 2.

Zoning Board of Appeals Vice-Chair