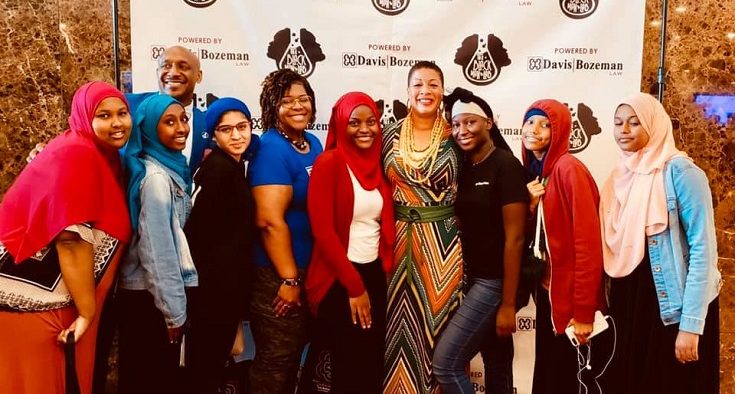 Last week, members of a Decatur High School’s Black Student Union visited Atlanta Symphony Hall to watch the stage adaption of the book “Between the World and Me” by Ta-Nehisi Coates.

The performance was co-commissioned by the Apollo Theater and the John F. Kennedy Center for the Performed Arts, according to the event page. Coates, the book’s author, is an acclaimed black author whose work tackles issues regarding race and violence in America.

The book itself is a letter written to Coates’ then-15-year-old son after no indictment was issued for the police officer who shot and killed Michael Brown in Ferguson, Missouri.

According to a press release from Davis and Bozeman Law – the law firm that sponsored the field trip – the students attended a 3 p.m. showing of the performance on Tuesday, Oct. 22.

The performance itself included readings of the book by local Atlanta celebrities, including Killer Mike, Pauletta Washington and even Atlanta’s mayor, Keisha Lance Bottoms.

Both the Davis and Bozeman law firm and the Black Man Lab group, two members of the Beacon Hill Black Alliance, helped raise money to sponsor the event, the release said. Along with Decatur High School students, a total of 500 Atlanta area students were able to see the performance.

“This event was amazing,” Kimberly Jones, the faculty advisor for Decatur’s Black Student Union, said. “The adaptation was engaging, provocative, heart wrenching at times, and inspiring. [The] Decatur High School Black Student Union [is] grateful for Beacon Hill’s and the Davis Bozeman Law Firm’s kindness in providing transportation, tickets and books. Their support and their level of engagement with our students was tremendous.”