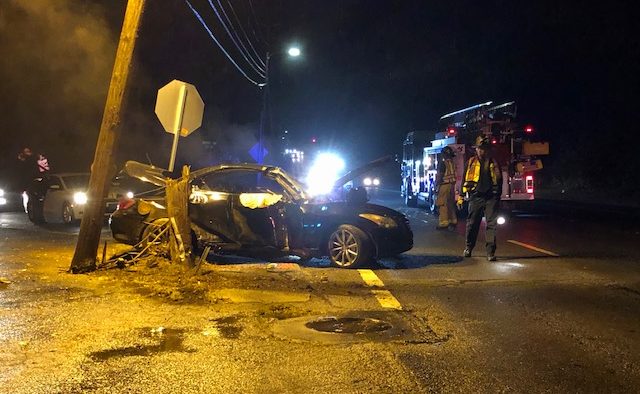 The driver of this Infiniti was arrested on suspicion of drunk driving stemming from an Oct. 13, 2019 accident. Image provided to Decaturish.
Share

The accident injured two people, sending one to the hospital, and led to an arrest of one of the drivers who was suspected of driving under the influence. It also caused property damage at the homes of people living near the scene.

Police responded to the call round 8:42 p.m.

The driver of the Land Rover went to the hospital for evaluation. The injuries that driver sustained weren’t detailed in the police report. The driver of the Infinity cut one of his hands and the passenger was uninjured.

A man living in the 100 block of Scott Boulevard said the crash destroyed several trees in his yard and a resident on Pinetree Drive said the crash damaged two fences on his property. The vehicles were in no better shape and had to be towed from the scene. 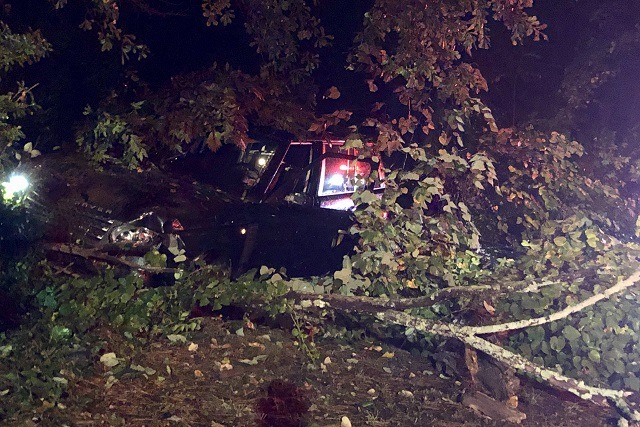 The driver of this Land Rover was taken to a hospital for evaluation following a crash on Oct. 13, 2019. Photo provided to Decaturish