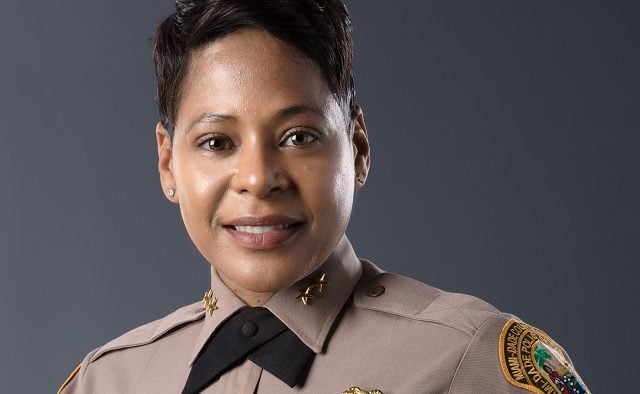 DeKalb County CEO Michael Thurmond recently appointed Mirtha Ramos as the new chief of the DeKalb County Police Department, and a formal introduction for Ramos will be held in the Manuel J. Maloof Auditorium, located at 1300 Commerce Drive in Decatur, on Monday, Oct. 7, at 10 a.m.

Ramos will begin on Nov. 4 of this year, and she will be in charge of close to 800 police officers and 110 civilian employees as well as oversee $95.1 million budget for the department.

“Chief Ramos has embraced community policing as an effective tool to reduce crime and improve public safety,” Thurmond said in a recent press release. “She is an innovative leader who brings a wealth of experience, training and professionalism to this important position. I am confident that our new police chief will dedicate herself to advancing DeKalb County’s public safety priorities.”

According to the Atlanta Journal Constitution, she is the first female police chief in the county’s history.

Ramos will prioritize the following public safety issues, as listed in a recent press release:

“Chief Ramos has the knowledge, skill and abilities to develop and sustain strong partnerships that reduce crime,” public safety director, Jack Lumpkin said in a recent press release. “DeKalb County has the right person at the right time.”

Ramos served with the Miami-Dade Police Department for 22 years, working her way up through the ranks during her time there.

“As police division chief for both the North Operations and Special Investigations Divisions, Ramos was responsible for leading one of Miami-Dade Police Department’s largest divisions, consisting of 1,047 employees in four police districts, including the Miami International Airport and Special Patrol Bureau,” a press release from the county says. “Her responsibilities also included oversight of the Homeland Security, Economic Crimes, Warrants, Narcotics, and Governmental Services bureaus.”

She hails from Philadelphia, has a bachelor’s degree in criminal justice from Lynn University and a master’s degree in psychology of leadership from Penn State.

She replaces James Conroy, who retired earlier this year.