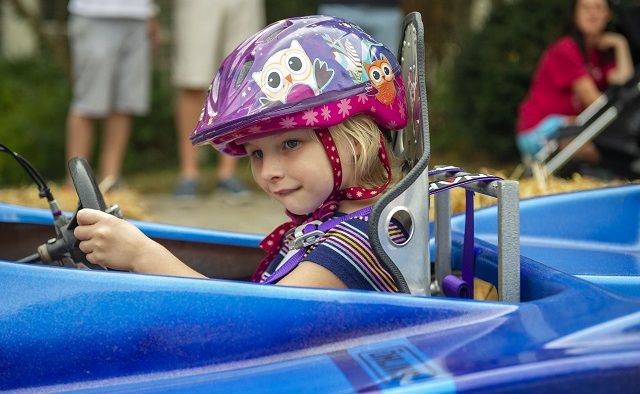 Malina Rasberry, 4, concentrates as she waits to race down the course.
Share

Hay bales lined Madison Avenue on Saturday, Oct. 5, waiting to catch flying soapbox racers as they raced down the hill.

There were lots of creative touches on display, including a novelty soapbox poking fun at the planters on West Howard Avenue. Some dads attached retractable leashes to the bumpers of the vehicles and trotted behind them as they sped past the spectators.

The weather was a bit overcast, but pleasant enough. There were food and drink vendors nearby, with Oakhurst Market serving up some juicy burgers and hot dogs. Proceeds from this year’s event went to the Global Village Project, a school that was founded in Decatur in 2009 with a purpose of providing education to refugee young women.

Saturday’s event was the ninth year the soapboxes and their daredevil drivers took over Madison Avenue. The event has grown each year and the 10th annual derby will be held in 2020.

Here are some scenes from Saturday’s festivities. 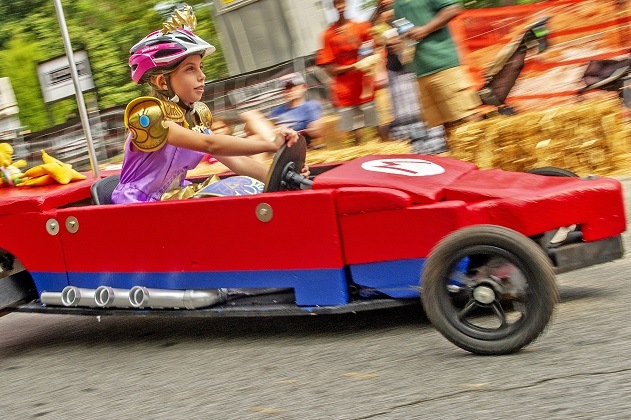 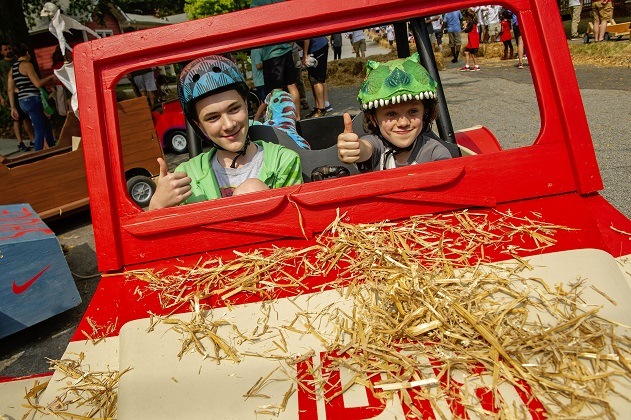 Declan Coyne on left and his sister Anabel give a thumbs up after completing a heat in their Jurassic Park Jeep during the 9th annual Madison Avenue Derby. 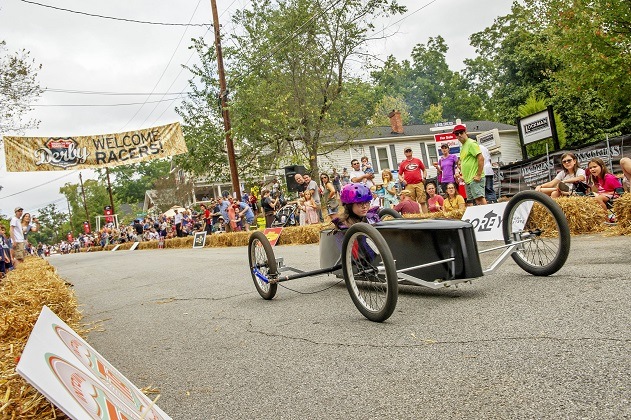 Anna Maria Pope tools down the course in her team Descendants car. 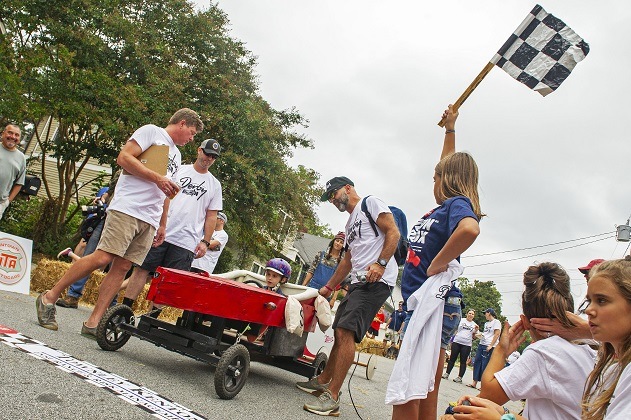 A racer waits their turn at the starting line. 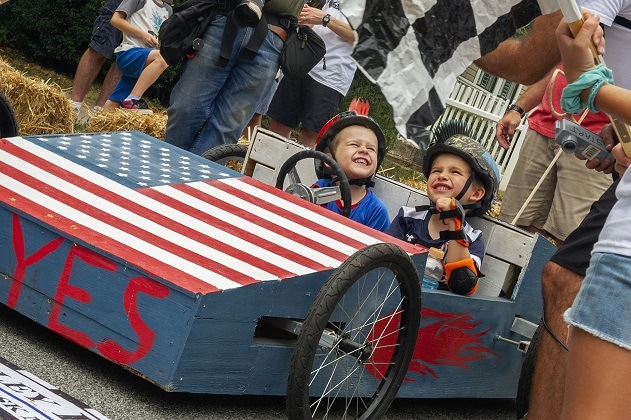 Hayes Hatcher, 4, and his brother Preston,6, at the starting line. 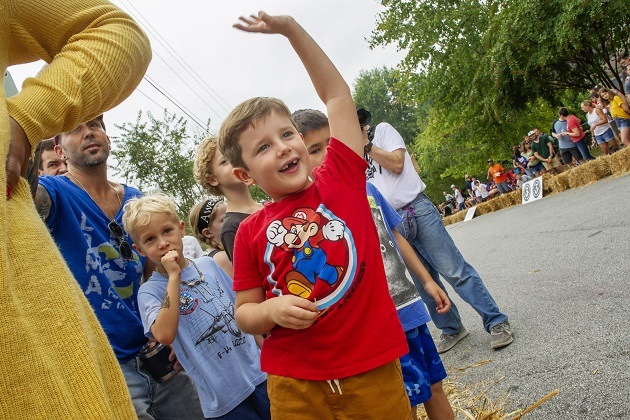 Teddy Tanzer, 7, cheers for a contestant during the 9th annual Madison Avenue Derby. 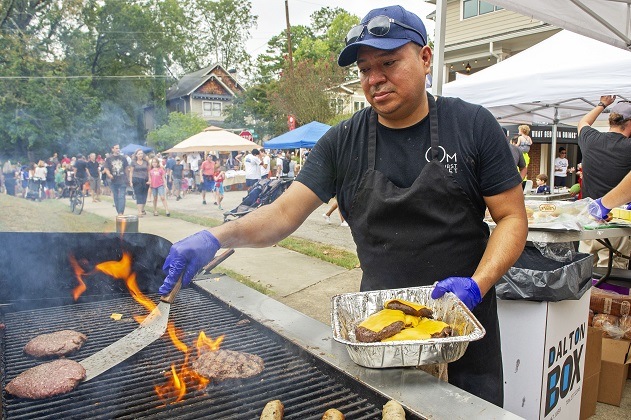 Felix Garcia from Oakhurst Market cooks for the derby fans. 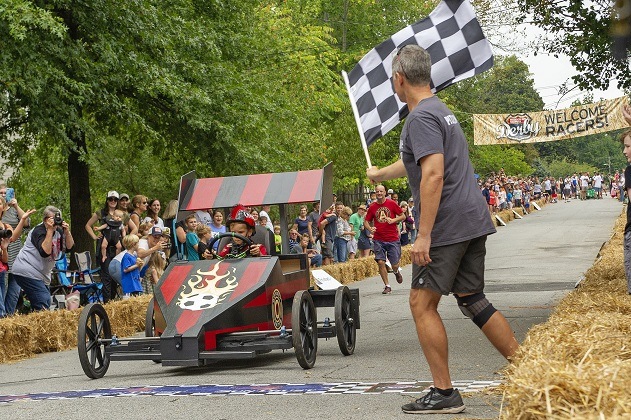 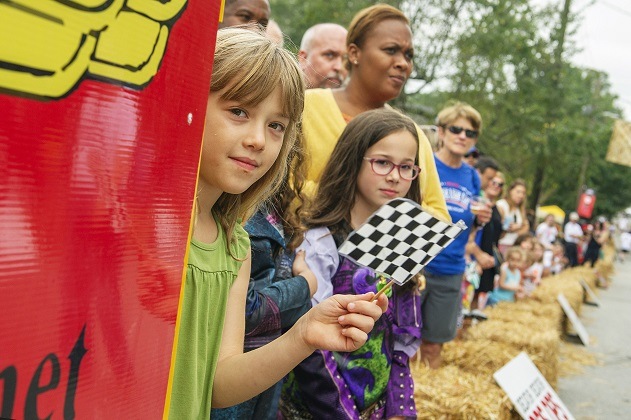 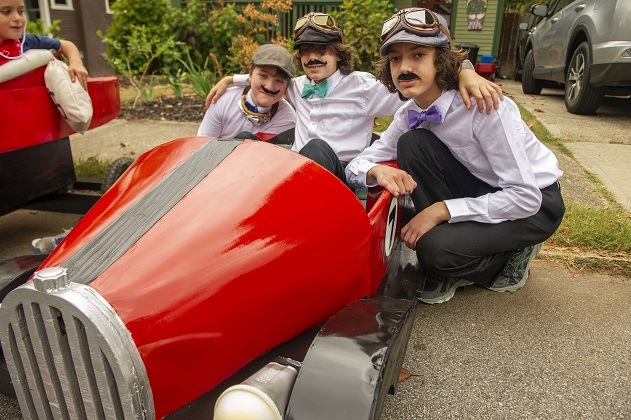 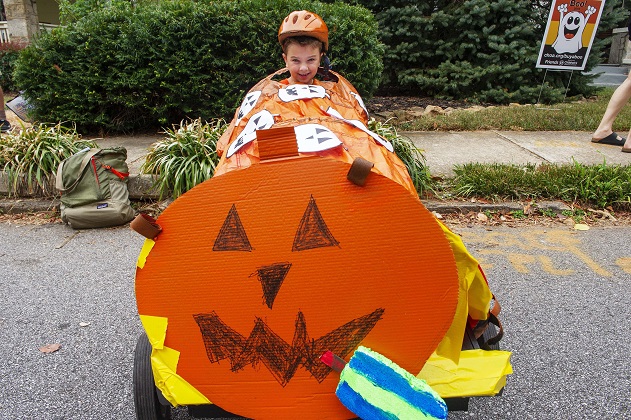 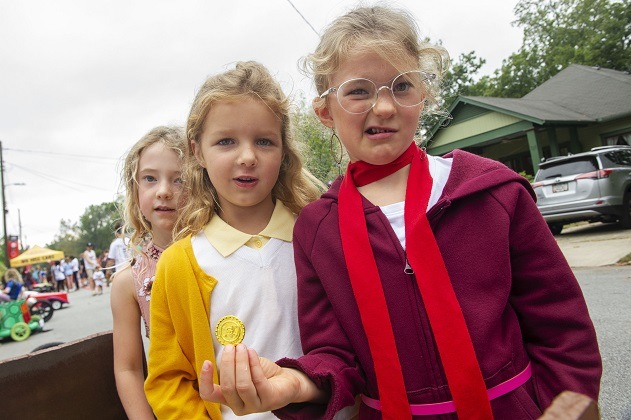 Maggie Zygmont, 6, gives an “aargh” while she and friends Nora Kask and Drew Johnson, both 6, check out a gold doubloon from a pirate themed derby car. 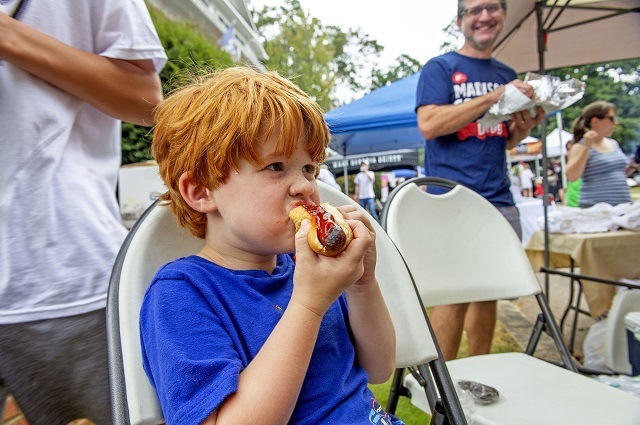 James Holt, 6, works on a hot dog during the derby. 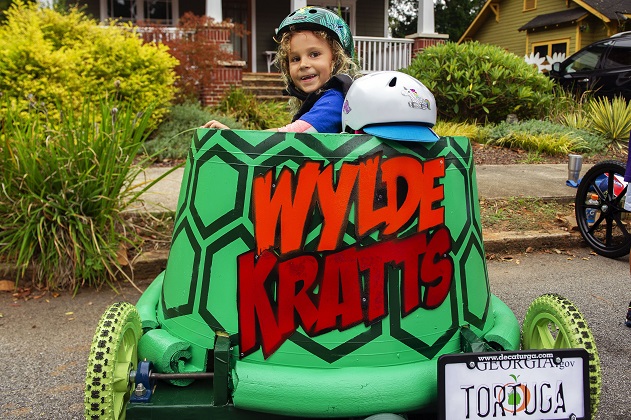 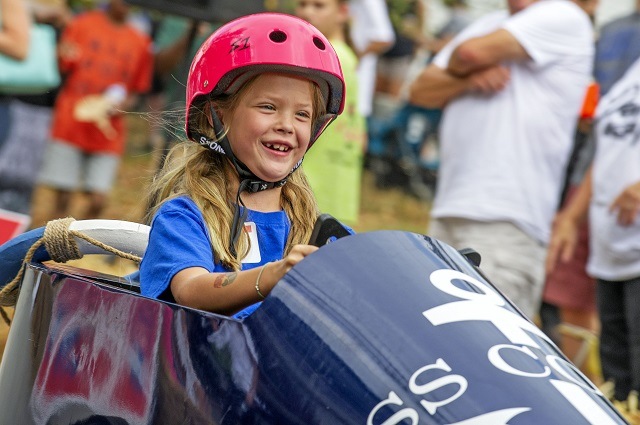 A racer smilers as she makes her way down the course. 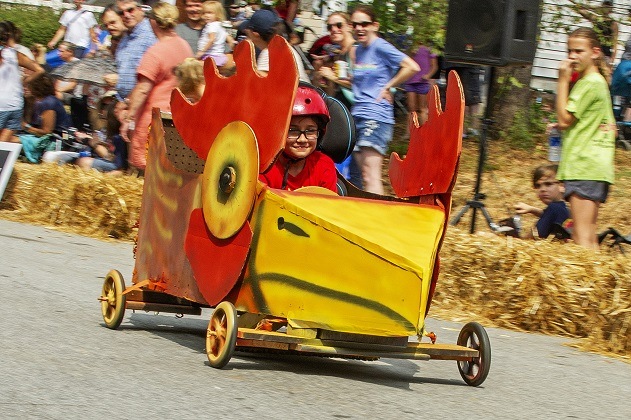 Zeren Irier, 8, rolls down the course in his Crazy Chicken car. 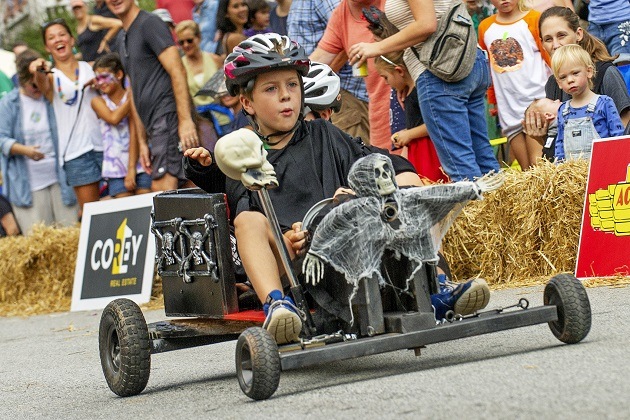 Donovan Biagioni points his Halloween themed The Reaper car toward the finish line. 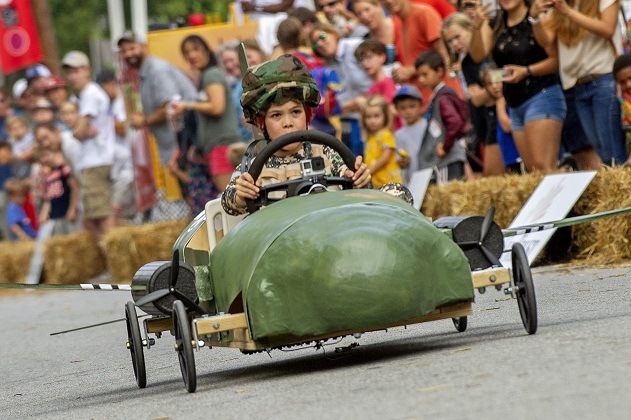 Casey Fornwalt, 9, steers his Operation Overlord down the course. 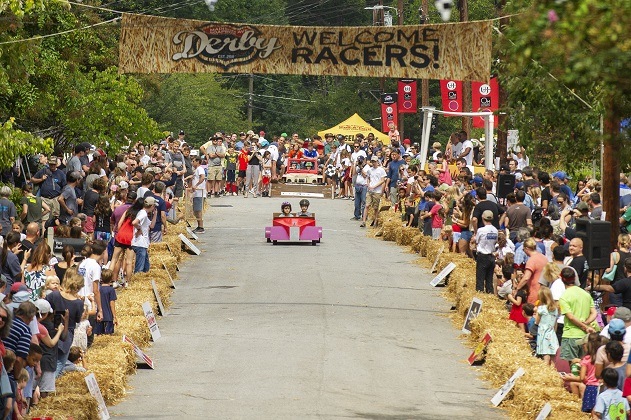 People line the course to cheer on the contestants. 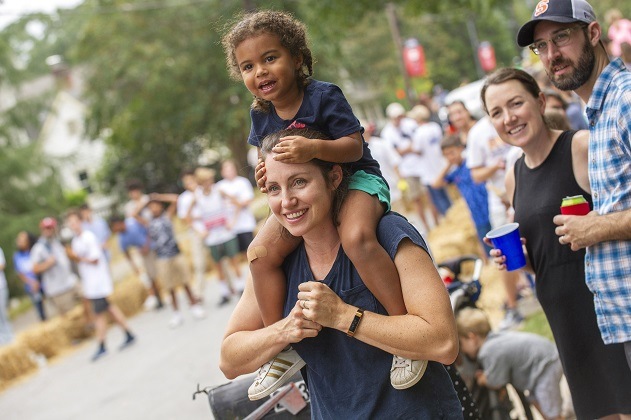 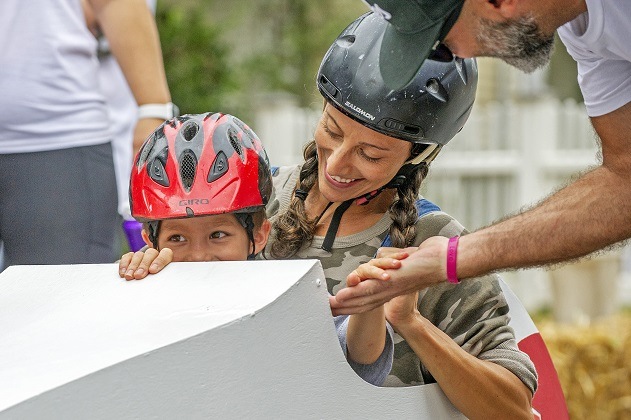 Everett Jui, 5, and his mother get some encouragement from a race official at the starting line. 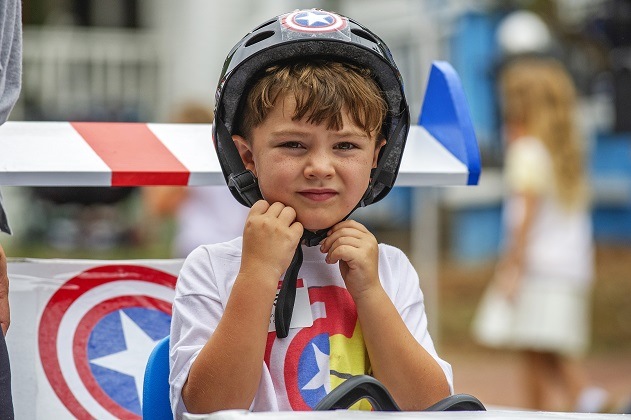 Austin Stone prepares to take on the course. 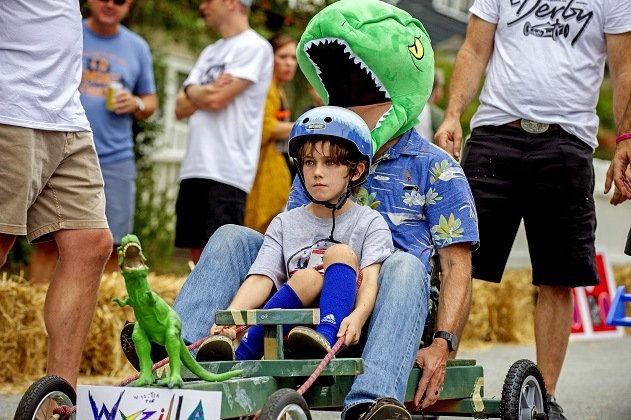 A dinosaur hitches a ride on Wyatt Arrington’s Wyzilla! car.

And the award for funniest soapbox racer goes to …