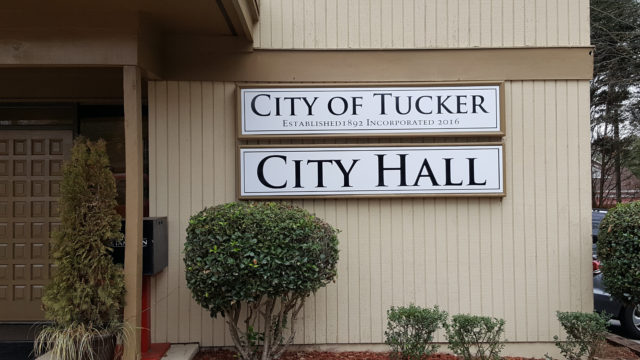 John McHenry, community and economic development director, presented a second read of an ordinance to keep commercial e-scooters and e-bikes off Tucker’s streets.

Tucker follows the trend already set in cities across metro Atlanta including Alpharetta, Smyrna, Marietta, Lilburn, Snellville, Norcross, and Woodstock – all of which adopted e-scooter bans in 2019.

Citing concern for the safety of riders and pedestrians, McHenry said, “There have been a number of fatalities in metro Atlanta … We don’t feel we have the adequate infrastructure to accommodate these vehicles currently at this stage in terms of our trails, sidewalks, and roads.”

E-scooters left on the sidewalks of busy commercial corridors including Lawrenceville Highway and Lavista Road create hazards, he said.

Noelle Monferdini was the only council member to oppose the ordinance. Bill Rosenfeld was absent.

Monferdini said in a statement, “Tonight I voted no for on an ordinance that prohibits the use of rentable E-scooters and E-bikes throughout the city. I am in favor of micro-mobility. Everyone should have transportation, whether for the last-mile connectivity or the underserved public that sits just outside of our public transit. These devices add the private sector into a public problem. We can’t continue to expand our transportation infrastructure without including these types of options unless we want to foot the bill by expanding our public transportation system. Something has just got to give. The majority of these companies already use data and GPS units on these mobility devices that keep them out of areas where they are not allowed.”

She added, “I would like to see collaboration with these providers to maximize safety and present an option for docking them. Eighty-five thousand electric scooters were available in 2018, resulting in 84 million trips across the United States, I’m sure that tracking another 100 wouldn’t be an issue.”

Council member Anne Lerner supported the prohibition “as somebody who deals with these five days a week as a driver and as a pedestrian” in midtown Atlanta.

On Oct. 24, Tucker Planning Commission meets at Tucker Recreation Center to discuss the proposed residential development of 23 acres of land at Lavista Road and Midvale Road. City officials a large turnout, based on the hundreds who attended the Community Council meeting in September.

On Oct. 28, the hotly-contested Arby’s drive-thru is back to the City Council for a second read and possible vote.