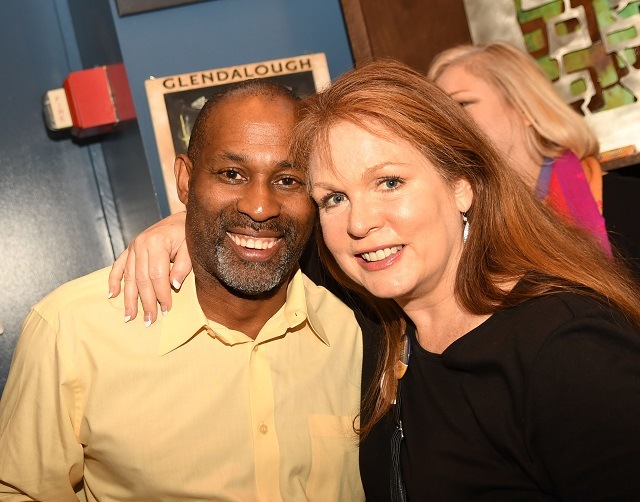 (left to right) Tony Powers smiles with Julie Rhame at the Square Pub in Decatur on November 5, 2019. Photo by Rebecca Breyer, contributor

A new commissioner who will be joining him, Lesa Mayer, proved equally formidable. The commissioner-elect for the District 2, Post B seat pulled down 72.8 percent of the vote, thumping opponent Phillip Wiedower.

The District 1, Post B race was a much closer one that saw George Dusenbury beat Erin Braden with 54.8 percent of the vote.

The election was also a historic one for Decatur. Mawuli Davis with the Beacon Hill Black Alliance for Human Rights said for the first time in Decatur’s history, four African Americans were elected on the same night. In addition to Powers and Mayer winning their bids for City Commission, Jana Johnson-Davis – Mawuli Davis’ wife – ran unopposed for the school board’s At-large seat and School Board member Tasha Rose White, who was also unopposed, won reelection.

Powers, the co-owner of Intown Ace Hardware, acknowledged there are some things in Decatur that need work but took his victory as a validation of Decatur’s direction.

“I’m happy with the results. I ran the race that I wanted to run,” Powers said. “I felt like I needed to be me during this entire process and get the facts out there – get what Decatur is out there. I trusted that the people of Decatur would decide that the direction that we were headed would be the right direction. I think tonight was a definite, you know, ‘we’re headed in the right direction.’ Do we have any things that we need to work on? Absolutely, and so for the next four years, I’m firmly committed to working on those things that we can do better on.”

Gagnon, an insurance executive who was a stark contrast to Powers in terms of tone and style, positioned himself as an agent of change who wouldn’t be a “rubber stamp” on the City Commission. While he didn’t prevail, he said he was pleased to see Mayer and Dusenbury joining the commission.

“We started a conversation in our city that won’t end with this election,” Gagnon said. “Congratulations also to George [Dusenbury] and Lesa [Mayer]. Their wins represent much needed change in this town. I am excited to see this change in the commission and celebrate their success.” Mayer was overjoyed when she learned she would be taking over the seat currently held by Commissioner Brian Smith. Mayer, a mother of three children and a third party risk manager for a large financial institution, said she’s ready to get to work.

“I’m very grateful to all of the neighbors who supported me, and I’m looking forward to rolling up my sleeves and getting started,” she said.

Wiedower, a member of the Zoning Board of Appeals, congratulated his opponent.

“Obviously, I’m disappointed right now with the results,” he said. “As far as I’m concerned, regardless of the outcome today, I’m happy that I still get to serve the city on the Zoning Board of Appeals, so either way, I’m still going to be working with the city and doing the work that I enjoy doing. … I wish Lesa the best, and it was a really good campaign.” 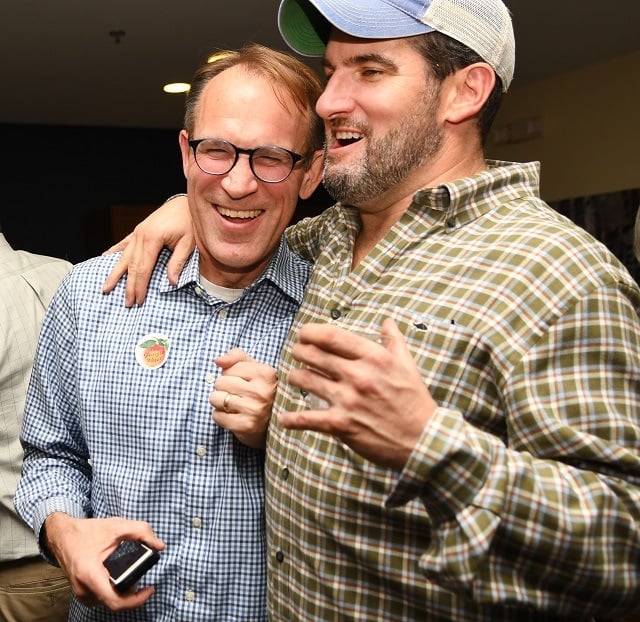 (left to right) George Dusenbury and Scott Brady cheer at the Artisan in Decatur, Ga. on November 5, 2019. Photo by Rebecca Breyer, contributor

Dusenbury, director of the The Trust for Public Land, found himself in a much more competitive race against Braden, who has a lengthy civic resume in Decatur and was named a “Hometown Hero.” Dusenbury will replace outgoing District 1 City Commissioner Scott Drake.

“I feel grateful for all of the people in Decatur who gave me their confidence and their support, particularly the volunteers, who gave countless hours of their time and tremendous efforts to the campaign,” Dusenbury said. “I look forward to doing my best serving Decatur.”

“I’m just grateful for having had the opportunity to go through this campaign with so many incredible people, and I’m very grateful for all the support,” Braden said. “Congratulations to George.” (left to right) Paige Brown speaks with Erin Braden at the White Bull in Decatur on November 5, 2019. Photo by Rebecca Breyer, contributor 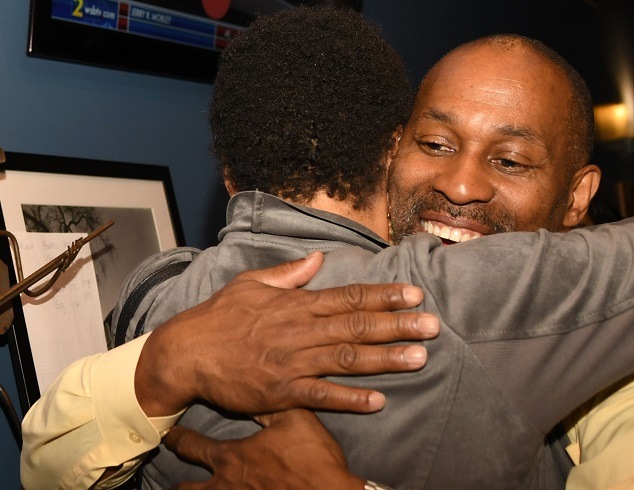