In response to executive order, Decatur agrees to accept refugees

In response to executive order, Decatur agrees to accept refugees

The boundaries of the city of Decatur. Source: Google Maps
Share

In September, President Trump issued an executive order requiring states and communities within them to provide written consent that they are willing to accept refugees.

At its Nov. 18 meeting, the Decatur City Commission agreed to sign a letter to that effect.

“There was no requirement that a city and a state expressly say they would consent to refugees,” Arnold said. “This to me seems a pretty significant policy change.”

Mayor Patti Garrett said she decided to move forward after being contacted by refugee resettlement organizations.

“We have had refugees that have been part of the Housing Authority,” Garrett said. “I believe Decatur Presbyterian Church has resettled some refugees.”

Garrett noted that refugees undergo a “vigorous vetting” process before they can come to the United States. In addition to the city agreeing to take refugees, the state also has to agree, she said.

“In order for a community to have refugees resettled, the governor has to approve it and say the state will take refugees and the individual local authority has to agree to do that,” Garrett said.

Arnold said this letter will be forwarded to the U.S. Secretary of State’s Office. 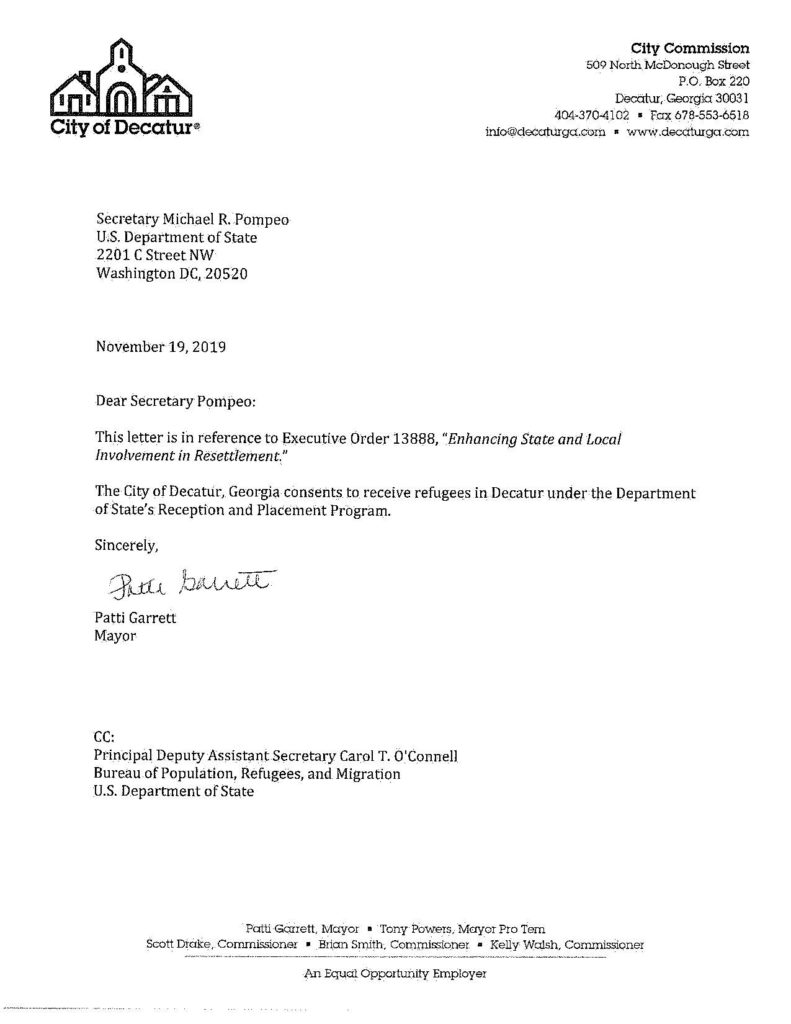 Editor’s note: This story was reported by viewing a recorded video stream of the Nov. 18 City Commission meeting.