The Pullman Yard in Kirkwood. Photo by Dan Whisenhunt
Share

People who attended the KNO meeting were unhappy with the details that emerged from a Nov. 6 meeting with Atomic about the project.

The current plan is to remove three acres of trees and build four apartment buildings plus 400 parking spaces. The designation of the Pullman Yard as a landmark district requires that any new development receive a certificate of appropriateness approved by the City of Atlanta Urban Design Commission.

Opposition was partially based on the significant difference between the current proposal and the original site plan that KNO agreed to.

“When people asked about the cars and traffic on Rogers, they said that’s not our problem,” said outgoing KNO president Stan Sugarman.

KNO members voted to oppose the certificate of appropriateness and plan to show up to the Urban Design Commission meeting on Nov. 13 at 4 p.m., in the City Council chambers.

Decaturish left a message with Atomic Entertainment seeking comment and will update this story when the company responds.

In her update to KNO, Councilwoman Natalyn Archibong described progress on the city’s tree protection ordinance as “disappointing.”

Archibong said that constituents had expressed much more concern with protecting trees than with fee structure, but “the consultants seem to miss that message. The entire presentation was about how to cut down a tree will now cost more. We want to see more about protecting the tree canopy.”

She added that ultimately the ordinance will come to the City Council and can be shaped there, but that she would prefer the ordinance focus more on tree protection. 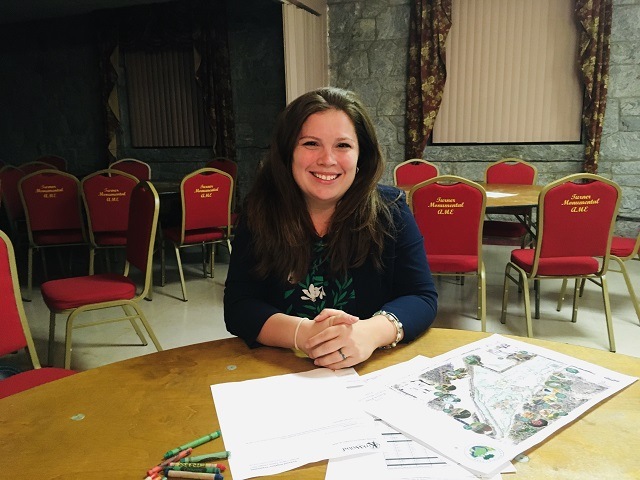 Correction: An earlier version of this story misspelled the name of the new KNO president and the NPU-O chair. This story has been updated with the correct information.