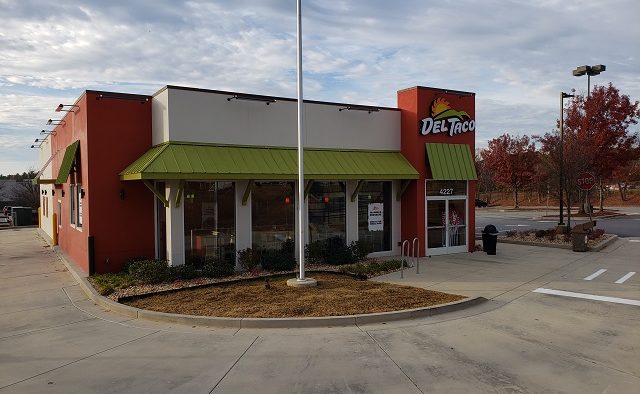 The Del Taco on LaVista Road in Tucker. Photo by Dan Whisenhunt
Share

The Del Taco will be located on LaVista Road in what was formerly the home of Pollo Tropical, in front of Target.

“The Tucker site is among five former Pollo Tropical restaurants that Del Taco has taken over and converted in the metro Atlanta area,” Tomorrow’s News Today reports.