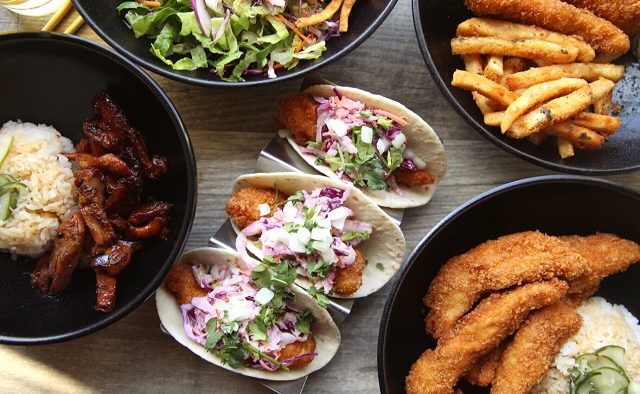 PONKO Chicken will be opening a new location in January, taking over the Steel City Pops location at 312 Chuch Street.  Johnny Esposito, who also owns a location in Midtown, is the franchisee for the new Decatur location.

PONKO Chicken is an Asian fusion fried chicken chain with other locations in Alpharetta, Chamblee, and Mercedes Benz Stadium.  Esposito describes it as “fast casual” with counter service for lunch or a night out. His Midtown location includes a bar and live music on the weekends as well.  Esposito sees his new location as a natural addition to Decatur, saying, “I’m really excited to be part of that community.”

Esposito, whose father started locally famous bar Johnny’s Hideaway in 1979, says he grew up in the hospitality and entertainment industry and never really considered anything else.

“Hospitality is all I know. It was fun to grow up in the industry, it was hands-on from a very young age,” said Esposito.

The menu is built around three fried chicken tender flavors, “OG,” spicy, and BBQ. Vegan and gluten free options are also available, in the form of tofu tenders, a vegan patty, and an Island flavor grilled chicken. The “OG” chicken and sauce are a sweet teriyaki, a little sweet for my taste but not cloyingly so. The spicy was my favorite and is Sriracha hot on the tongue but without much slow burn. Their buttermilk ranch dressing deserves a special mention because I normally dislike any ranch I didn’t make myself at home, but I gleefully ate theirs drizzled on a spicy chicken tender. The BBQ flavor was a good balance of sweet and spicy.

All of the fried or grilled chicken flavors, tofu tenders, and the vegan patty are available in sandwiches or tacos, on salads, or as a plate with sides. Both chicken and sides live up to the fusion concept, combining Asian flavors with the familiar elements of a fried chicken meal.  The cole slaw has a hint of sesame oil, and the potato salad has a similar touch of flavor that makes it a little different while still definitely being what it is. A topping of fried onions, which was good enough to be a snack on its own, gives the green beans a bit of a green bean casserole effect, only with tahini.

Food is made fresh every day, including fresh won tons every morning.

“Lorenzo Gonzales, the chef, has really taken the kitchen to another level,” said Esposito.

“I’ve been working with entertainment for over thirty years and have built some really fun relationships. You match up a meal with some really good entertainment and you have a night out,” Esposito added.  “That’s what I’m looking forward to in Decatur.  Obviously Eddie’s Attic is the staple for entertainment.  I just want to be a great accent.  I’m so excited to be a neighbor to them.”

The Decatur location will be open for Saturday and Sunday brunch and have live entertainment on the weekends.

The variety of options and clear menu labeling make it easy to accommodate groups who may have different needs and tastes, which could make PONKO Chicken a good choice for meetings. Esposito wants to encourage the community to see the possibilities, saying, “I’m hoping that groups will come and use our space for art or music. We can do that.”