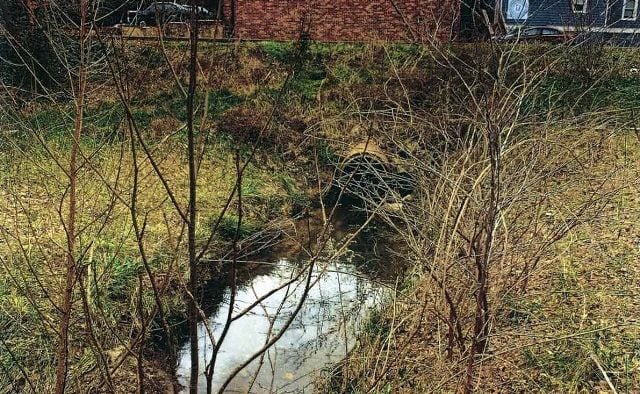 Six south Decatur property owners have filed suit in DeKalb Superior Court seeking a reversal of a recent Zoning Board of Appeals (ZBA) decision denying a variance that would allow construction inside city-mandated stream buffers.

In a petition filed Nov. 13, the property owners claim that the ZBA’s decision amounted to an “unlawful taking” of their property and, further, that the ZBA’s process for considering the request was improper and the board “exceeded its authority” by considering irrelevant public testimony which turned what is supposed to be “a quasi-judicial process into a legislative one,” the filing states.

The ZBA’s decision renders more than 50 percent of the subject property unable to be developed under its current zoning, which amounts to an unlawful regulatory taking of the property, said Kathryn Zickert, an attorney representing the group.

In addition to simply owning the land, property owners — under the law — are entitled to exercise certain rights related to the property, including the right to restrict access to it by unauthorized people, for example, or the right to use it in ways that are consistent with its zoning, she said. “So, if any of these elements are taken away, it constitutes a regulatory taking even though it is not a physical taking of the land.” 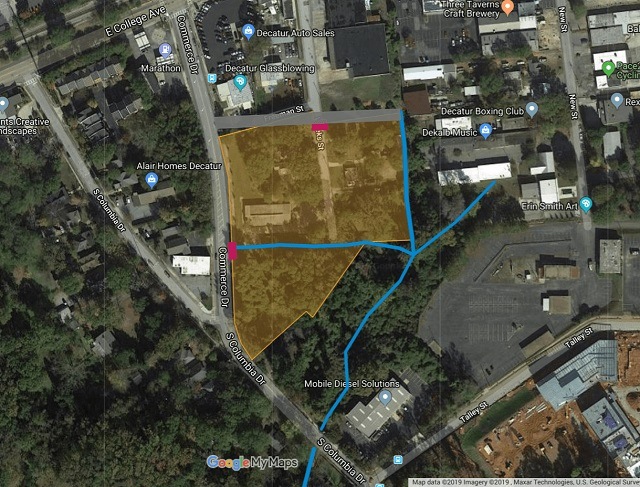 As reported previously by Decaturish, WSE Development, LLC, also known as The Worthing Companies, is under contract with these owners to purchase 16 separate parcels along Weekes Street, Freeman Street and South Columbia Drive in Decatur. The developer plans to construct a 322-unit apartment building and parking deck on the assembled properties.

In initial discussions with Decatur’s city planning staff and Development Authority, WSE agreed to several changes to its site plan that limited its ability to build on the site, the developer said at the time. These changes included building a wider sidewalk along Commerce and South Columbia Drive, relocating Freeman Street to the south to align for an eventual connection through to New Street, and building a multi-use path on its property that will connect to a future planned path on city property to the south.

These changes squeeze the available land even further, which required the request for stream buffer variances that would allow it to enclose and bury a small stream that runs west-to-east across some of the parcels and construct a multi-use path and possibly part of one of the buildings inside the buffer of a second stream that runs north to south along the eastern edge of the assembled properties.

The variance application was the subject of four separate contentious ZBA meetings in which nearby residents raised objections to the development, citing concerns ranging from the potential environmental impact of piping the stream to the increased traffic it would bring as well as removal of tree canopy.

The almost 20 hours of public testimony, which included testimony not relevant to the issue of the stream buffers, “made a mockery” of the process and resulted in a decision that was “irrational, arbitrary, and capricious,” the filing states.

“Objections to the building of apartments has no relevance to the stream buffers,” Zickert told Decaturish. “The area is zoned for apartments already. The issue of traffic has no relevance. They allowed all kinds of testimony without anyone being under oath, without any opportunity for cross-examination, in what is supposed to be a quasi-judicial process. There should have been some rules.”

At its Oct. 15 meeting, the ZBA voted to deny the variance application because WSE did not present any alternative designs that did not involve burying the west-east stream as required by the standards of the city’s Unified Development Ordinance (UDO).  The part of the ordinance covering stream buffers requires the applicant to submit an alternative plan that would not involve incursion on the steam buffers or show why such an alternative is not feasible.

WSE contends that it did show that there were no feasible alternatives, Zickert said.

“The area is a brownfield with significant environmental contamination,” she added. “Any development of the property will require going into the stream buffers to remediate that.”

In an email to Decaturish about the appeal, City Attorney Bryan Downs said that it was premature to comment on the legal aspects of the case as the city prepares to respond.

“In short, we will be defending the appeal and working to ensure that the ZBA’s decision is upheld by the Superior Court,” Downs said.