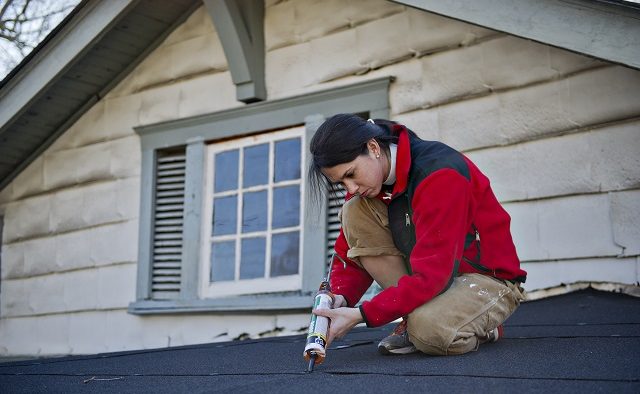 When Sherry Siclair bought her small bungalow on Third Avenue in 1987, Oakhurst was a very different place, she says.

“There was no village; there were no streetlights,” she recalls. “It wasn’t even called Oakhurst. It was simply known as South Decatur.”

Oakhurst Park was frequented by drug dealers and prostitutes – not children. Several dwellings on East Lake Drive were crack houses. Her locked car was stolen out of her driveway. Someone else’s stolen car was left on her lawn.

But she and her neighbors, mostly single women like her, banded together to build a community.

“There were mainly African-American widows, mothers and grandmothers, and a few single white women like me,” Siclair says. “We started by going door to door, organizing cleanups, Thanksgiving potlucks and lots of meetings.”

They recruited members of the Southern Christian Leadership Conference to help harass the drug dealers, she says. They planted trees and daffodils in what is now Harmony Park. They organized the tree lighting and annual events. Gradually, the neighborhood became safer and a place where more people wanted to live.

What South Decatur initially lacked in amenities, it made up for in making her feel welcome.

Her neighbors became like family — meeting her when she got home from work to make sure she was safe in her house, calling each other to gather when a crime was reported, so that they could wait together for a police response that sometimes never came.

“I still remember in 1994 when Cobb County passed their resolution condemning the ‘gay lifestyle’ and that they didn’t want gay people in their community,” says Siclair, who is lesbian. “They made the national news. And then Decatur Mayor Mike Mears made the news, too, by saying, “You are welcome here.”

Sadly, Siclair says she no longer feels welcome in the community she helped to build. As the neighborhood gentrified, many of the neighbors she was so close to have moved away – pushed out, she says, by the rising property taxes and relentless calls from real estate developers urging them to sell. Now retired and on a fixed income, she is unsure if she will be able to stay in the house she expected to live in for the rest of her life.

“I’m not poor,” she emphasizes. “When I retired, I was making a good salary. I saved for retirement. My house is paid for. But I never expected my property value to go up the way that it has, or the taxes to increase a hundred percent just because someone built a big house near me.”

Housing advocates hope to help long-time residents like Siclair, as well as city government workers, teachers, school employees, and healthcare professionals, with a recommended package of zoning and tax code changes, land banking, and other measures designed to address the critical lack of affordable housing in the City of Decatur.

The  26-member Affordable Housing Task Force has been meeting since June to look at defining what “affordable” means for Decatur, determine what amount of affordable housing is available now, and recommend actions the city needs to take to see that it preserves the housing it has and develops enough affordable housing for the future. To see the Task Force’s recommendations, click here.

They presented their initial findings at a special work session of the City Commission on Monday, Dec. 16. (You can find a slide presentation of the report here.)

Decatur is rapidly approaching the “tipping point” beyond which it may be almost impossible to rein in rapid redevelopment and maintain a community where people of different income levels and stages of life can live together, task force chair Elke Davidson told the commission.

“If we don’t act on this next week, next month, it may be too late to take action,” Davidson said.

The almost non-existent supply of undeveloped property has made land costs alone very expensive, the task force found. Land costs inside the City of Decatur are significantly more expensive than in the rest of the metro area – at $1.5 million to $2 million per acre. So-called “tear-down” houses are going for $300,000 to $400,000. When a developer pays so much for the property, they need to build something expensive to break even and make enough of a profit.

Like the rest of metro Atlanta, Decatur is also experiencing rapid population growth — a trend that most analysts expect to continue. But while the Atlanta region as a whole has seen about a 12 percent increase in population since 2010, Decatur has grown by 30 percent in the same time period.

“The growth is going to continue,” she said. “We are going to have to get comfortable with density. And, we can continue to go in the direction we have been going, or we can try to turn the wheel a bit so that some of that housing is available to people with lower and more moderate incomes.”

Additionally, because of its small area of just 4.5 square miles, Decatur is not considered a “participating jurisdiction” that would be eligible for things like federal Community Development Block Grants or the HOME Investment Partnerships Programs, which provides grant funding to help pay for development of affordable housing. The city will have to be creative with finding different sources of revenue for any initiatives they want to pursue.

Having a range of suitable housing affordable to workers at a wide range of incomes helps the community as a whole, not just the individuals who need the housing, Davidson added.

For example, senior citizens often rely on help from home health workers who now often have to find housing far outside the city limits. Similarly, City Schools of Decatur struggles to reopen following severe weather events because many teachers and school employees cannot afford to live in the city and can’t get to work.

“We know there is a high turnover rate for employees who have to commute long distances because of transit issues,” she said. “Businesses, particularly service-related businesses, can’t get and keep employees who can’t afford to live anywhere near here and have to travel.”

And traffic, always a top concern of Decatur residents, is made significantly worse both because so many people who work inside City of Decatur cannot afford to live here and because many who live here work outside the city.

“Only four percent of our residents live and work in Decatur and that has really significant traffic implications, which has a wide range of impacts,” Davidson said.

How bad is it?

To understand the scope of the problem, it may help to look at what workers at different income levels are able to afford and then how much the available housing costs in Decatur, said Syreeta Campbell, who chaired the task force committee charged with defining affordability.

A common metric used nationally considers households that spend more than 30 percent of their income on housing to be “cost burdened,” meaning that they are often at risk of being unable to meet their other expenses or have adequate savings in the event of an illness or other unexpected event.

Currently, an estimated 49 percent of renters and 24 percent of homeowners now in City of Decatur are cost burdened.

For example, a home health worker making 30 percent of the area median income (AMI) would make about $25,750. At that income level, an affordable rental rate would be about $538 per month. Looking at available apartments on the FMLS, the committee found the average rate for a two-bedroom apartment would be $2,275.

“So, that is a significant gap,” Campbell said.

In order to meet the needs of Decatur’s existing population of residents and workers, the city needs to “develop or preserve” at least 90 affordable housing units (affordable to workers making 30 to 60 percent of AMI) each year over the next decade, as well as 100 units each year of “workforce” housing that is affordable to those making 60 to 120 percent of AMI. This would be in addition to keeping the 933 units of existing affordable and workforce housing currently managed by the Decatur Housing Authority.

“To be clear, these are not all new units, some could be existing units that are preserved as affordable,” Campbell said.

Over the next six weeks, the task force will use the feedback it receives from the commissioners to refine their recommendations and develop a final report. They expect to present the final report in January of 2020 in the hope the city will officially vote to accept it in February. The final recommendations will serve as the basis of affordable housing decisions made as part of the 2020 Strategic Plan Update.

Sherry Siclair, who also served on the task force, says she hopes the city will take action, but she is not optimistic.

“Elizabeth Wilson was talking about these issues 20 years ago,” she says. “But there are a lot of incentives for them [city leaders] not to change things.”

She feels that the community has a lot of sympathy for people who want to live in Decatur, but can’t afford it but much less for people who have lived here a long time.”

“I think people feel like, ‘Why don’t you sell, you would make a lot of money,” she says. “But the truth is, when people are pushed out because of gentrification, their circumstances are almost always worse. A lot of women who were here, didn’t drive or own cars. In Decatur, you can walk a lot of places or get on MARTA. The places they can afford, even after making a profit on their home, are farther out, not as accessible. They may have had family close by or living with them, but not everyone could go to the new place. It’s a lot of heartache.”