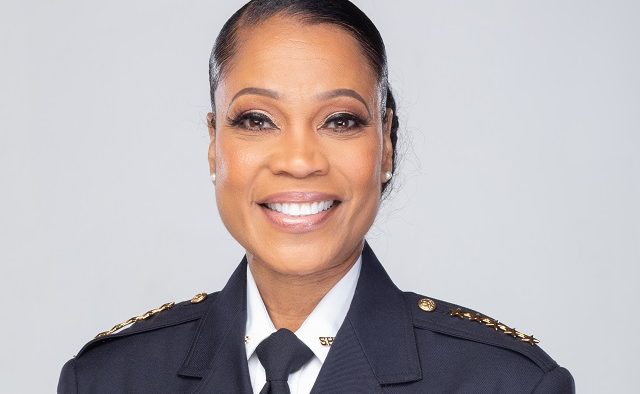 DeKalb County swore in its new sheriff this past weekend as Melody M. Maddox replaced Jeffrey Mann, the former sheriff who retired at the end of November.

Maddox was appointed chief deputy sheriff in July of this year to fill the position held by Reginald B. Scandrett, who retired in June.

A Decatur resident, Sheriff Maddox was also the chief of police for Georgia Piedmont Technical College in DeKalb County beginning in 2016. She managed a team of sworn officers and civilian personnel responsible for public safety and security for students, faculty, visitors and facilities on the college’s six campuses, the release said.

A Georgia P.O.S.T. certified law enforcement officer, Maddox began her law enforcement career with the sheriff’s office in 1996 and has held a number of positions in the DeKalb County Police Department.

According to the county, the public is invited to attend an inaugural celebration for Maddox on Monday, Dec. 16 from 6 p.m. until 9 p.m. at Saint Philip AME Church, 240 Candler Road SE in Atlanta.