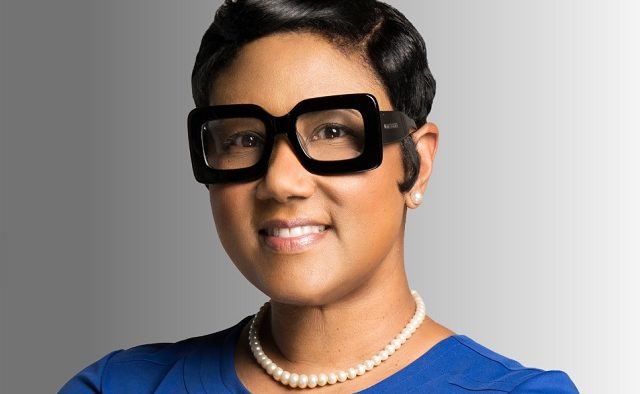 On Dec. 8, District 7 Commissioner Lorraine Cochran-Johnson was on “CBS Sunday Morning” to participate in conversation that has swept the United States as dollar stores pop up everywhere.

CBS reported on areas such as DeKalb County, Ga.

“Communities hardest hit by dollar stores often find themselves driving 30 minutes for fresh produce after local grocers close their doors in the wake of the presence of dollar store expansion,” a press release about the segment says. “Barry Popkin, professor of nutrition at the University of North Carolina Chapel Hill said dollar stores are killing America and warns consumers to stay away from the sugar, soda, and processed food high in fat and salt typically sold in dollar stores.”

Cochran-Johnson told CBS that 25 percent of DeKalb County residents live in a food desert, meaning that there is minimal access to supermarkets in their area.

According to the press release, there are 68 dollar stores in DeKalb County: two in District ,  three in District 2, 27 in District 3, 23 in District 4, and 15 in District 5. To see a map of County Commission districts, click here.

Forty nine dollar stores fall within the district lines of Commissioner Cochran-Johnson’s Super District 7. She told CBS she has “an obligation to take every action possible to ensure these stores do not adversely impact our community.”

“I have studied dollar store legislation passed in cities across the U.S.,” Cochran-Johnson said in a recent press release. “I am proud to be a part of a national conversation on how to limit the growth of dollar stores. I am grateful to CBS and the team at the Institute for Local Self Reliance and their commitment to ensuring healthy communities across the United States.”

Want to view the story on CBS? Check click here.