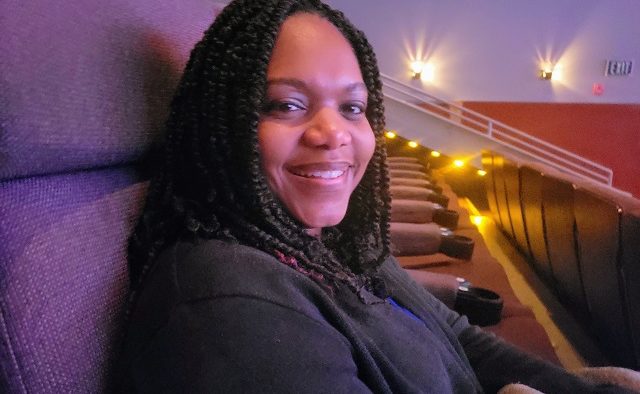 Tell all the truth but tell it slant

This month I watched the 1939 classic “Gone With the Wind” and “Richard Jewell,” Clint Eastwood’s take on the 1996 Atlanta Olympics Centennial Olympic Park bombing.

The film focuses on the investigation of Jewell, who was initially hailed as a hero who saved lives before the media and FBI spotlight transformed him into a villain.

We see Jewell’s life as an office supply guy and a campus security guard. We know he’s a failed cop. He seems to be his own worst enemy, but a good guy at heart who cannot keep his mouth shut. He talks too much. He eats too much. He loves the thrill of power that ties him to law enforcement.

He discovers a bomb in Centennial Olympic Park and saves the lives of hundreds of people. He is a hero, but that lasts for about 15 minutes. He soon becomes the prime suspect in the eyes of the Federal Bureau of Investigation and the media. The media is specifically The Atlanta Journal-Constitution. The FBI is code for big government. For the next 88 days, Richard Jewell is a suspect.

Jewell (Paul Walter Hauser) lives with his mother Bobi (Kathy Bates). If there’s an Oscar for the Madonna and son you’d most like to hug this Christmas, they are the winners. Kathy Bates delivers exactly what you would expect of her. She is gentle and loving. She is outraged and strong. In a movie about a man losing his credibility, we care about her loss of dignity when the FBI takes her plastic ware and undergarments.

Jewell calls on old acquaintance Watson Bryant (Sam Rockwell) to defend him. The FBI is led by fictional Tom Shaw (Jon Hamm) who tips off AJC reporter Kathy Scruggs (Olivia Wilde). Scruggs is based on a real journalist of the same name who died in 2001.

Scruggs is shown as an aggressive journalist willing to sneak into a lawyer’s car. She is shown as offering sex in exchange for information from the FBI. There is no evidence that these things happened. If “Richard Jewell” is a story about the truth and not misrepresenting people, the movie loses that credibility by fictionalizing basic aspects of the story.

In addition to blending fact and fiction, there are several inconsistencies in the movie that could’ve easily been addressed.

In one scene, Jewell has a small puppy that forces him to go outside near the media. Never before or after in the movie does Jewell or his mother have a dog.

Kathy Scruggs has a byline with another reporter. He gets a few seconds of screen times.

The Olympics were crowded. I was there the night before the bombing. We were there again after the bombing. David O. Selznick could get 1,000 actors and 1,000 mannequins to fill up a battle scene in “Gone With the Wind.” Eastwood couldn’t get 50 actors to recreate a concert at Centennial Olympic Park.

“Richard Jewell” lacks the care we normally see in movies from Clint Eastwood. He paints Jewell as bumbling and unlikable. He is never shown to be a hero at all, but a villain of a different kind. The big Southern fool. A dimwit with too many guns followed by the line, “We live in Georgia.” A guy who trusts. A guy who respects. All these things get Jewell into trouble.

The director took issue with everything. Traditional law enforcement, the FBI, the media, and also Richard Jewell. Everyone is worthy of his contempt. If the movie does not appeal to the masses, maybe it’s because there is no hero. Not the man, not the lawyer, not the mother, not the truth. What message is the movie trying to tell us? I still don’t know.

For 88 days, the wrong man is accused. Then he is exonerated. Then the movie ends. We don’t get much insight into the fictional character Shaw. Watson is a lawyer for the average guy. Scruggs is played as a sexy go-getter who sheds a tear at the end. That was supposed to be her moment of redemption. Not much in terms of depth.

Clint Eastwood is the director who brought us “Mystic River” based on a novel of the same name by Dennis Lahane. If you haven’t seen it, please do. It’s a tragic story of trauma, guilt, murder, and redemption. It is brutal. It is terrifying. On the other hand, “Richard Jewell” feels like a made-for-TV movie.

Paul Walter Hauser saves the film. He embodies the earnest Jewell. His ruddy cheeks and watery eyes make you empathize with him. He moves like he understands the spirit of Richard Jewell. I hope to see Hauser in more movies.

Bonus points: The diner scenes in Home grown (yes, little g) restaurant on Memorial Drive made me smile. I don’t know if Richard Jewell ate there, but the rest of Atlanta really eats there. Negative points: How can you have such a great ensemble cast and end up with a forgettable movie? Paul Walter Hauser and Kathy Bates do what they can. But they cannot make up for everything else that is wrong in this movie. Too soon. Too boring. Too inconsistent. Grade C+.