Meet the owner behind AubSauce, a small batch barbecue sauce company in Decatur

Meet the owner behind AubSauce, a small batch barbecue sauce company in Decatur 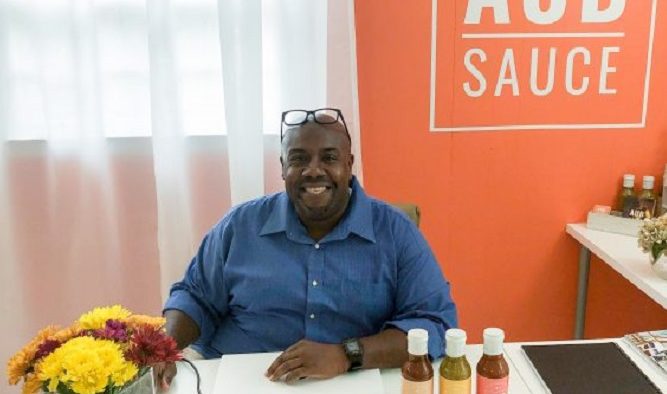 Its owner and creator, Aubrey Lenyard, said he was talking to a friend about a recipe for a peach sauce that would be used for a pork loin. The two went back and forth on the recipe, which turned out so good that Lenyard started sharing it with his friends and co-workers.

“They liked it, and they kept saying things like ‘Oh, you should try to sell this,’ but I wasn’t really paying that any attention,” Lenyard said.

The inspiration to turn his sauce into a small business came from Lenyard’s day job, where he coordinates community-based events for the Advanced Technology Development Center at Georgia Tech, which is a technology incubator.

“I am surrounded every day by innovation – there are founders and innovators everywhere,” Lenyard said. “I think I was bitten a little bit by that bug, wanting to do something, and the sauce was really just an outlet for that.”

Lenyard said he spent many weekends perfecting his recipes and launched AubSauce with the help of a Kickstarter campaign. AubSauce officially opened for business in January 2019 with three signature sauces – Original, Spicy Peach and Fiery Mango. The sauces are created using local ingredients and with the help of a co-packer in Decatur, who interprets Lenyard’s recipes for mass production. Lenyard’s Spicy Peach sauce won the People’s Choice award at the Flavor of Georgia contest.

Lenyard said creating the recipes for his barbecue sauces is like putting together a puzzle.

“Different flavors go together, and once you put those flavors together, you get a different taste,” Lenyard said. “For some reason [once I get an idea], I can almost see, and taste, it in my head even before I go to the kitchen.”

With the initial success of the company, Lenyard is looking to expand his line and find more small retailers to carry his small-batch barbecue sauce.

“Of course, I would love to be in some of the larger stores – Whole Foods or Fresh Market – but right now, I would love to be in all of the small mom-and-pop shops,” Lenyard said. “I have a really soft spot in my heart for them, and I believe if I concentrate on reaching out to those independent stores, I could probably make a good business out of that.”

You can hear the entire conversation with AubSauce creator Aubrey Lenyard above and find out more about the company here.