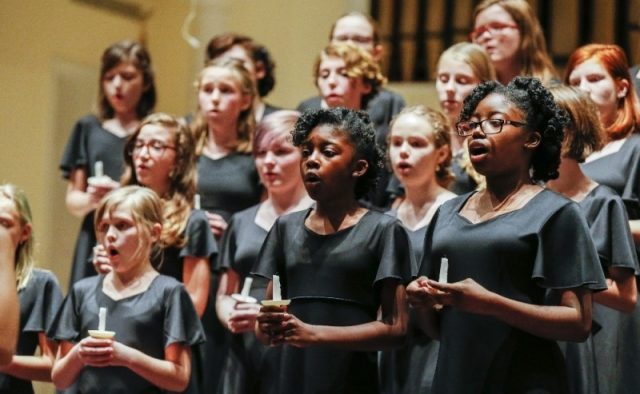 McGee, who had been with the Avondale Children’s Choir for 10 years, said she was recently told she wouldn’t be allowed to continue with the choir because she’s an atheist. While the choir is open to everyone, it holds practices at the First Baptist Church in Avondale Estates and the church donates the space to the choir, McGee said.

McGee said her atheism wasn’t a secret, but it had never come up and she assumed it wasn’t a problem because the choir was open to everyone. That all changed, she said, when she was asked to fill out paperwork to change her employment status. She had been employed as a contractor but was told she was required to become a member of the staff. McGee said she was told there would be no change in her pay or hours worked.

In an email to choir families last week, McGee wrote, “I was invited to a meeting with [Choir Director Mark Green] and Cathy McCumber [a member of the choir’s board of trustees]. During this meeting, I was told that the church had not accepted Mark’s request to have me continue as Assistant Director because I identify as atheist and that all staff must all identify as Christian.” 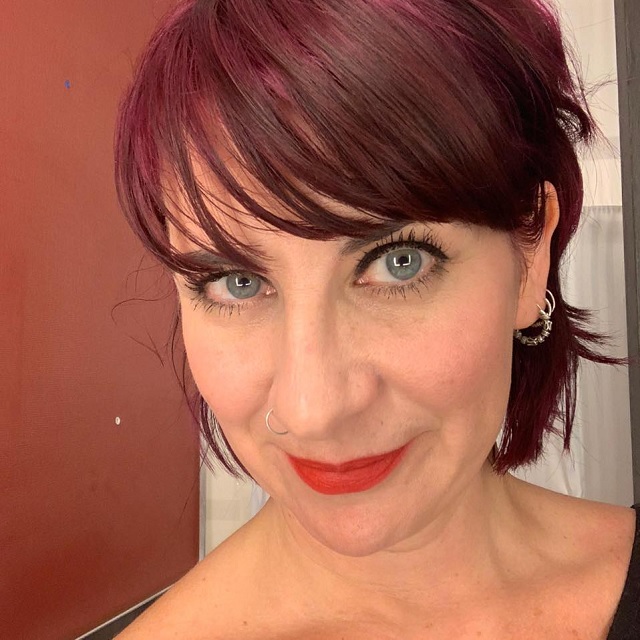 In a follow-up interview with Decaturish, McGee said until now she was never asked to disclose her religious beliefs. She said Green had written a letter to the church officials in support of bringing her on as a staffer. The church denied his request to employ McGee because someone from the church saw that she identified herself as an atheist in her social media profile, McGee said.

“I’ve been atheist this whole time,” McGee said. “Some people from the church didn’t think that was OK.”

Green, who also serves as an associate pastor at the First Baptist Church, and other church officials didn’t return numerous messages seeking comment. Attempts to reach McCumber were unsuccessful. McGee and other people interviewed for this story said Green was supportive of keeping McGee as an assistant director of the Children’s Choir.

Green sent a letter to choir families announcing McGee’s departure, but he didn’t specify why she was going.

“Though we are a community choir, the Avondale Children’s Choir operates under the broader umbrella of First Baptist Church Avondale Estates and its program ministries,” he wrote. “Based on staffing modifications made by the Church’s Personnel Council which were necessitated by IRS regulations, sadly Mrs. Tama McGee will no longer be helping us with the Avondale Children’s Choir. She has served well as our Assistant Director for the past 10 years.”

McGee sent an email to the parents after receiving Green’s email because she wanted everyone to know the truth.

She wrote, “I felt that it was important that the families involved know that it was not my decision to leave and that they have the full story regarding why I would no longer be working with the choir.”

McGee explained her reasoning in the follow-up interview.

“I didn’t want the parents to think I just up and quit and abandoned the choir a week before it was about to start back,” she said. “I didn’t want them to think this chick left Mark high and dry. I wanted them to be aware I did not decide to leave. I was told I could not continue.” 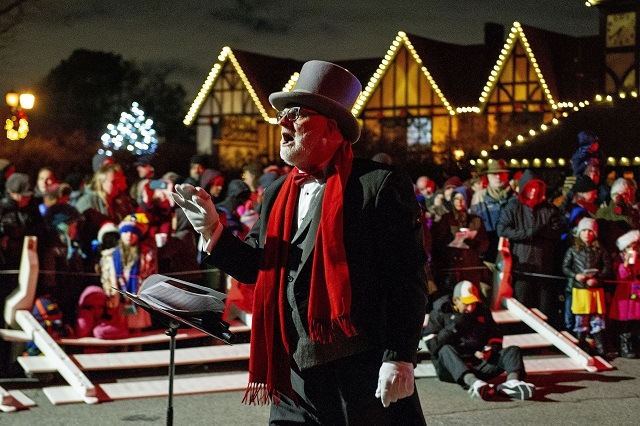 That information has roiled the choir’s supporters, with some now asking whether they are still welcome there.

Patti Ghezzi, who has a daughter in the choir, says she plans to continue with the group and supports Green. But she worries about what McGee’s departure means for the choir.

“As a non-religious family, we were very concerned,” Ghezzi said. She noted that while the practices are held at the church, there has always been a mix of secular and religious music performed.

She noted there are Jewish children in the choir and “a lot of families in the choir who aren’t religious at all.” Ghezzi thought the church was progressive and welcoming until now.

“Ms. Tama pretty coldly being let go because she is not Christian really sours me on the church,” she said, before quickly adding, “the Ghezzi family stands with Mr. Mark. We are not leaving the choir.”

Parke Kallenberg, a member of the choir’s board of trustees, said he wasn’t privy to the reasons for the decision to part ways with McGee, but said he had no problem with McGee being assistant director of the choir.

“I’m a long-term church member and I’ve also been on the board for children’s choir for quite some time,” he said. “I think Tama has done a very good job with the choir. I have no reservations about her being involved with the choir at all.”

Cassie White, another parent with a child in the choir, said she was thinking of leaving the choir because of this issue, but said her child wanted to continue singing with the group.

“My kid identifies as an atheist, too,” White said. “He’s outraged.”

White said parents were under the impression that the choir is separated from the church.

“It has always been our understanding with this choir is it’s not a church choir, it’s a choir at the church,” White said, adding later that while the choir felt inclusive, McGee’s departure and the reason she left “felt very shocking to us.”

Sylvie Oechsner, a member of the choir for 10 years, called the situation “devastating” for choir members.

“I was furious,” Oechsner said. “I cannot believe that a church — especially this church which is all-inclusive and preaches all-inclusivity — [would] turn their back on someone who has put so much of their own time and effort into this choir, and they disregard everything she’s done, and let her go. I am really hurting for Mr. Mark at the moment because he lost someone valuable to him. It’s all around just very upsetting.”

Oechsner isn’t the only member of the choir hurting right now. McGee’s daughter sang in the choir but quit because of what happened to her mother.

“She doesn’t want to talk about it,” McGee said.